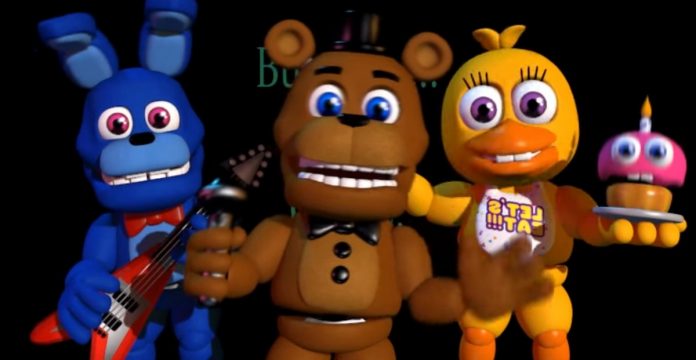 “The new game that I’m working on will be called FNAF World. It will not be a horror game, but a role playing game where you create a party using the huge selection of characters from the FNaF games, including the classic, withered, toy, phantom, and nightmare versions,” Cawthon explained in his Steam community post and expressed excitement over being able to use the characters in a new and fun way.

According to a report by Design and Trend, FNAF World will have a selection of at least 37 characters and character sets to build their roster. Among the characters sets included in the game are Paper Pals and Endoskeletons. There Balloon Easter Egg from the second installment of the game has also now earned the name JJ while another character is named Funtime Foxy. It is unsure if this character was created in place of Toy Foxy.

The trailer also robotic Purple Fredbear lookalikes as well as crab-like creatures as the main villains.

As for the setting, there is a strong possibility that FNAF World will span numerous settings as the trailer teased that there will be locations ranging from green meadows to an ice cave map.

Unfortunately, the game may not be available until sometime next year.

Fans were originally expecting Cawthon to release the game as early as Halloween but the game creator dampened expectations. He however assured fans that he will be releasing the free demo as soon as it becomes available.

The game will be released on PC, Android and iOS.