The United Nations has unveiled its annual World Happiness Report, revealing that Finland is the world’s happiest country. Norway, who took last year’s top spot, was toppled into second place.

The other end of the chart, which usually featured war-torn countries and nations in sub-Saharan Africa, saw Burundi taking the last place as the least happy country. The nation was thrown into political crisis when President Pierre Nkurunziza bit for a third term as head of state, which led to protests by opposition supporters.

The United State slid down from 14th place last year to 18th place. Despite the increase in income per capita of Americans, the U.S. happiness rating was pulled down by weakened social support, a rise in the perception of corruption in government and businesses, and a decline of confidence in public institutions.

Togo is 2018’s biggest gainer after it jumped up 17 places into 139th place. Venezuela, meanwhile, is the year’s biggest loser, as it dropped 20 places to 102nd.

The 10 happiest countries also scored very well on statistics that measure immigrant happiness, with Finland also taking the top spot in that category.

“The most striking finding of the report is the remarkable consistency between the happiness of immigrants and the locally born,” said Professor John Helliwell from the University of British Columbia in Canada. “Although immigrants come from countries with very different levels of happiness, their reported life evaluations converge towards those of other residents in their new countries.”

Foreign-born individuals are least happy in Syria, where civil war has been raging in the past several years. 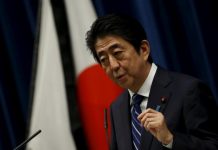 The Pirate Bay co-founder to sue record labels for defamation