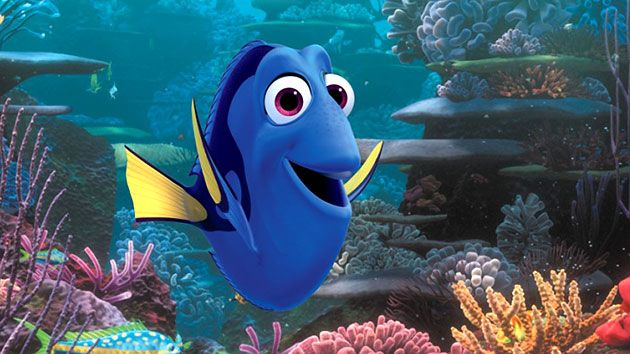 “My family! They’re out there!” Dory exclaims. And so, another adventure begins.

The first official trailer is about two minutes long and sneaks Pixar and Disney audiences a peak into the story of “Finding Dory” which focuses on the forgetful-as-ever Pacific Regal Blue Tang suffering from short-term memory loss. Except at the onset of the movie, she actually remembers her family, whom she goes in search of in the great blue deep, never mind that she might forget the journey later on.

The timeline of the movie is six months after the last one, “Finding Nemo,” and it gives an idea into what Dory and her friends, Nemo and his father, Marlin, will be facing in this new underwater adventure.

As with the first film, TV host Ellen DeGeneres is the voice of sweet but funny Dory. She released the first trailer on her website on Tuesday.

Months back, Disney Creative Chief Officer John Lasseter revealed at the D23 Expo in Anaheim, California, how DeGeneres had been campaigning for the sequel and then jokingly said that he finally relented. Responding to this, she told People the production “means a lot” to her because “it is really a sweet character.”

She added about Dory, “And she’s flawed, and I think that it’s important for kids to grow up and see flawed characters that are lovable and that really, no matter if they make mistake after mistake, they have a little surrounding pack, like a friendship with all these other fish that they travel with that forgive her. And even though they’re frustrated with her, they love her.”