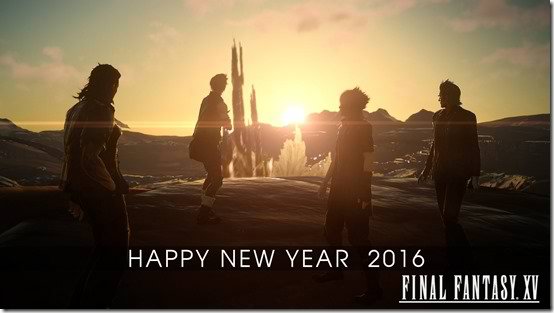 Fans have been waiting for the release of “Final Fantasy XV” for quite some time now after it was initially announced 10 years ago. The wait may almost be over, as new reports revealed that “Final Fantasy XV” is just around the corner.

According to GameSpot, Square Enix announced that the upcoming Active Time Report livestream is slated on Saturday, Jan. 30. The livestream will include both game director Hajime Tabata and marketing director Akio Ofuji, where they will unveil “the latest battle footage and scenes of magic.”

Fans can tune in through the YouTube site of Square Enix and listen to the news, hopefully pertaining to “Final Fantasy XV” as well as other updates for their upcoming March event. The livestream will be aired at 8 P.M. PST or 11 P.M. EST.

In the January edition of Japanese magazine “Famitsu,” Tabata said, “This year is the year we will release ‘Final Fantasy XV.’ Currently, we’ve decided on all of its specifications and the beta version is under production so we can shift into the debug phase. We’ll show the real XV during the release date announcement this March,” noted PC Advisor.

For those who want to secure a copy of the game, the title may already be pre-ordered in some retailers. As of writing, Amazon has already included “Final Fantasy XV” on its site, priced at $59 for PlayStation 4 and $59.96 for Xbox One consoles, including shipping cost. The site also indicates that the game will be released on Dec. 30, 2016.

As for those who want to wait more, the same write up from PC Advisor said that there may also be a collector’s edition for the game, which will be announced when its launch date nears.