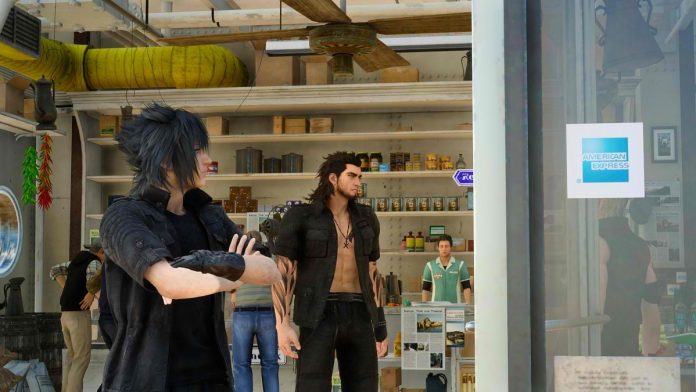 Square Enix recently made known their in-game partnership with the company American Express, as the brand has been added as yet another one of the real-world brands that are present in the universe of “Final Fantasy XV.”

As reported by Siliconera, it was revealed that American Express despite the nation of America, as of now, not being part of the game’s world is also part of the “Final Fantasy XV” world as a real and existing brand. The American brand comes in as an addition to other real-world brands like Coleman and car company Audi.

In the past video reveals and also on other related media that ties-in with the game, these brands made their appearance, showing the partnership between them and the game’s developer.

In the game’s Episode Duscae demo that came out several weeks ago, the game’s main character Noctis and his group were seen to have been carrying camping equipment that bears the Coleman brand on it. In addition to that, the tie-in CGI full-length film for the game, titled “Kingsglaive: Final Fantasy XV,” also featured the character of Nyx driving a classy Audi R8 car.

As for the reveal of American Express, product placements in-game also comes with a number of real-world benefits, and not simply just Easter eggs for fans and users to spot within the game.

Furthermore, the first one hundred users to get a new card under the promo would also be getting a Play Arts Kai Noctis figure. Users who are able to spend at least 150,000 yen using the card, within three months, would be receiving a 10,000 yen gift card, featuring an exclusive “Final Fantasy XV” design.

“Final Fantasy XV” comes to the PlayStation 4 and the Xbox One on Sept. 30.