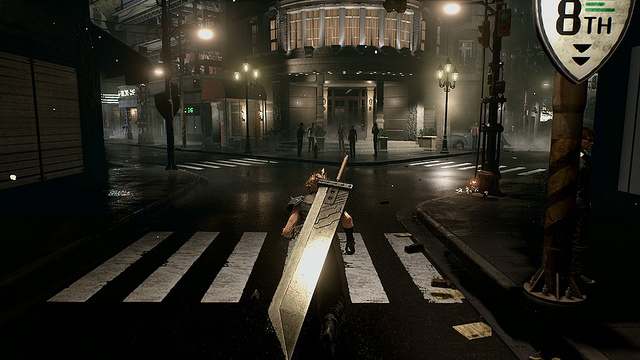 Following the release of the first footage of the ongoing remake of the PlayStation classic “Final Fantasy VII,” Square Enix revealed details about its release plans hinting on a possible episodic format for it.

In a press release, game developer and publisher Square Enix revealed that while the original version of the game told the entirety of its story in just one installment, the upcoming remake will be so big that the company plans it to be released in a “multi-part” format.

It was not specified whether it will be released as an episodic game, or as a “multi-part series,” which means that it will have a series of standalone games with sequels following them until the story is finished.

At the PlayStation Experience event, game producer Yoshinori Kitase talked about how they improved the graphics from the original version, so it can address the demands of the current gaming generation. All thanks to the powerful hardware of the PlayStation 4, the developers were able to work on bringing the characters of the game back to life, this time using Unreal Engine 4, and having the “Final Fantasy VII: Advent Children” feature film as their core inspiration for it.

“The way we harnessed the power of the PlayStation 4 was to maintain the graphic quality of characters like Cloud, Tifa, and Aerith in the movie called ‘Advent Children’ in our game, and this was the starting point,” Kitase said. “So, what we’re aiming for with the Final Fantasy VII Remake is to have the same quality of these characters in real-time while playing the game, and this is only achievable with PlayStation 4.”

The “Final Fantasy VII” remake is currently under development.