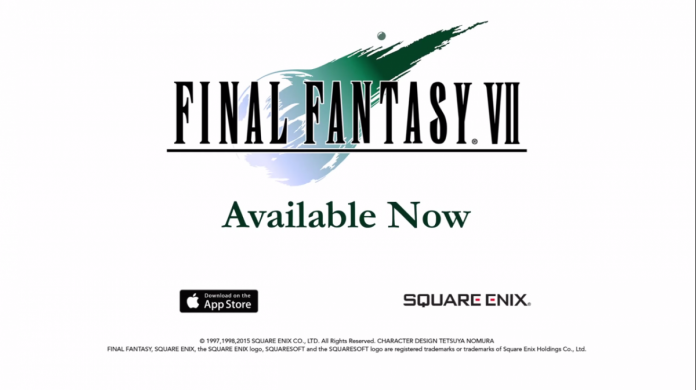 Ever since the trailer of “Final Fantasy 7” remake was shown at last year’s Electronic Entertainment Expo (E3), the hype of the game circulated online and social networks. Almost a year has passed and there have only been a few updates with regards to the game, but Square Enix has recently new information that may sadden the fans of the classic title.

Square Enix had a meeting with their investor in order to present their earnings. Furthermore, they unveiled the games that will be launched until the end of the fiscal year which will end in March 2017 as reported in ComicBook.

One of the games that were slated for a release this coming 2016 was “Deus Ex: Mankind Divided” which will be released on Aug. 23.  The list also included the PlayStation 4 release of “Rise of Tomb Raider” that would be launched during the holidays of 2016.

Sadly, among the games that were not included in the list were the remake of “Final Fantasy VII” and “Kingdom Hearts 3” which are widely anticipated by gamers aside from “Final Fantasy XV.”

On the other hand, Square Enix also present to the investors that “Kingdom Hearts HD 2.8 Final Chapter Prologue” would be released this year also. This would keep players busy while waiting for the third installment of the “Kingdom Hearts” franchise.

As mentioned in reports, even though fans were saddened with the disheartening news, the probable reason why Square Enix is making this move is in order to create a balance with the games that they are going to release. The company still wants the fans to enjoy the other games that they would be releasing this year and at the same time to gain more sales.

Fans are still hoping for good news for “Final Fantasy VII” during E3 2016, but 2017 may be the year for its release.