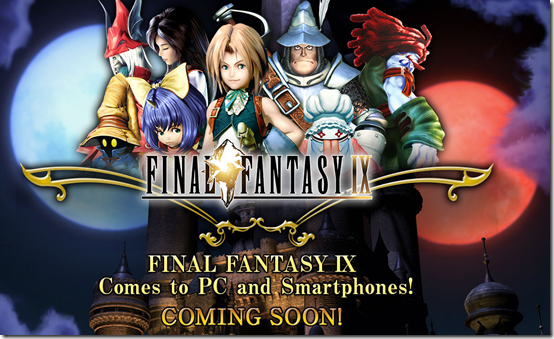 Square Enix recently announced via their official website that yet another classic, “Final Fantasy,” will be remade for the new generation of gamers. The PlayStation 1 title will be remastered and rereleased for PC and Android and iOS mobile devices.

After more than a decade from its original release for the first version of the PlayStation console, Square Enix will be rereleasing the “Final Fantasy IX.” The graphics of the game will be remastered in order to adapt to the advanced world of gaming.

The remaster release of the game is described as follows:

“Selling over five million copies since its release in 2000, ‘Final Fantasy IX’ proudly returns on smartphones and PC! Now you can relive the adventures of Zidane and his crew in the palm of your hands!”

“Final Fantasy IX” tells the story of four warriorsZidane Tribal, Garnet Til Alexandrus XVII, Vivi Ornitier, and Adelbert Steineras they travel around the world of Gaia, in a time where nations are at war against each other. Aside from the four main characters, there are also other characters that were made playable in the original release, totaling playable characters to eightthe dragon knight Freya Crescent, the Qu Quina Queen, Eiko Carol, and the bounty hunter Amarant Coral.

Aside from major improvements in terms of graphics, the remaster of the game will also be featuring certain “boost” functions that will allow players to make adjustments such as “no encounters” and “max Gil.” The game will also introduce achievements system, high-speed game mode, auto-saving functions, and more.