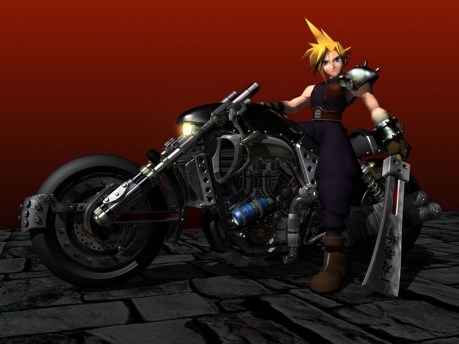 After almost two decades in pause, Final Fantasy VII will make a comeback, an announcement that was well received by fans of the original role playing game.

Square Enix, developer of the game announced in the E3 conference that one of the titles that is set to make a comeback is the successful Final Fantasy franchise, which sold  2.3 million copies in Japan within three days of its release back then.

The reboot for PlayStation 4 is currently in development, with a possibility of having remakes for PCs and Xbox One. There is also possibility that the fifth and sixth installment will also see its return in a report by Ecumenical News, where game director Tetsuya Nemura said: “Considering that we have remakes of Final Fantasy up to IV and then we have VII I’ve been working with Mr. [Yoshinori] Kitase since Final Fantasy V, and we’ve noticed that V and VI are missing. That bothers me. How come we skipped over those two?”

On the other hand, Cinema Blend indicated that the remake will just be similar to the PC version released three years ago where changes were mostly just to address higher resolution and operating system upgrades. It could feature a character booster where players can boost their money, hit and magic points in an instant. However, there is no affirmation if it will be an HD version. The report added that each time Yoshinori Kitase, one of the game designers, mentioned a remake, he highlighted how difficult will it be to balance keeping its original feel and improving the game elements of Final Fantasy VII.

Final Fantasy VII was the first in its installment to use 3D computer graphics that features rendered characters for pre-rendered background. It was well received by fans with the characters dubbed with voice over. As this is a remake, the developers are woking hard to ensure that they balance the classic features of the game with the new technology and graphics that the new generation is used to now.

Meanwhile, an enhanced port for the game is set to be released on October 16 this year for America and Europe, while the remake may still take several years away.

'Bates Motel' season 5 introduces Romero out for revenge against Norman