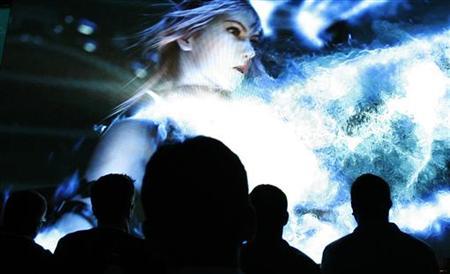 Game developer and publisher Square Enix just gave every “Final Fantasy XV” fan another reason to be excited with the confirmation that a spin-off to the already popular upcoming open world action role-playing video game is in the works. But this new game is a whole lot different as it will be offered as a mobile massively multiplayer online game (MMO).

According to Techno Buffalo, the game is set to be created in collaboration with “Mobile Strike” and “Game of War” developer Machine Zone, a company known for its work in this video game niche. The partnership is no longer just hearsay as Machine Zone CEO Gabe Leydon and Square Enix president Yosuke Matsuda both expressed their excitement about the project in separate statements.

Machine Zone is no stranger to online mobile gaming as the company is attributed to a couple of popular titles that have gained their respective massive number of followers. With this in mind, Square Enix certainly did a good job in finding the best possible partner in developing the spin-off for “Final Fantasy XV.”

Although there is already an increasing buildup of excitement over the game, there are still no further details as the announcement was just made recently. Nonetheless, the confirmation is proof enough that mobile MMO gaming is becoming a niche that giant game developers like Square Enix can no longer ignore. And obviously, a “Final Fantasy” installment in this segment of the video game industry will surely result in an increase in its popularity, too.

At this point, fans would want more information, including the official working title for the spin-off as well as the release date, but those aren’t expected to come out before the full game release of the primary video game title, “Final Fantasy XV,” which by the way is scheduled on Nov. 29 for the Sony PlayStation 4 and Microsoft Xbox One video game consoles.