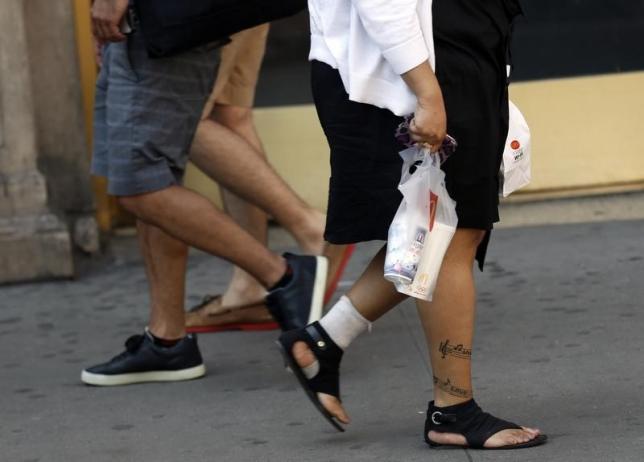 Two powerful and innovative cholesterol drugs likely to be approved this summer both target the same protein and have been shown to sharply lower LDL in high-risk patients. But there is at least one significant difference between the two offerings: the dosages in which they will be sold.

Assuming approval from the U.S. Food and Drug Administration, Amgen Inc. will offer its drug, Repatha, as a biweekly 140 mg injection or a monthly injection of 420 mg, while Praluent, from Regeneron Pharmaceuticals Inc and Sanofi, will be offered in biweekly injections of 75 mg or 150 mg.

The difference in dosages is likely to lead to very different sales strategies for the two drugs, in what could be a fierce competition for market share. Amgen’s high-dose monthly injection could be seen as more convenient and might appeal to doctors because of its higher potency. Regeneron and Sanofi could enjoy a significant pricing advantage with their low-dose option.

Both drugs belong to a new class of antibodies that target PCSK9, a protein that maintains “bad” LDL cholesterol in the blood, and are aimed at the millions of people who don’t benefit from statins. Statin pills, like Pfizer Inc’s Lipitor, work very differently, blocking the liver’s production of LDL cholesterol.

Neither Amgen nor Regeneron/Sanofi would talk about possible pricing of their new drugs, but some industry experts suggest that low-dose Praluent will be priced significantly below Repatha to make it more attractive to health insurers who have become increasingly aggressive about keeping medication costs down.

Dr Jennifer Robinson, a University of Iowa epidemiologist and lead researcher on clinical trials of Praluent, believes Sanofi and Regeneron “would be crazy not to” price its 75 mg dose below the 150 mg option.

“Sanofi will say you can start off at this cheaper, lower dose,” Robinson said. “If you don’t reach the LDL goal, you can move up” to a higher dose, at the higher price.

Sanford Bernstein analyst Geoffrey Porges predicts that lower-dose Praluent will cost $5,000 a year, with the higher dose at $10,000. He estimates Repatha’s price at $10,000 per year for both the biweekly and monthly versions. Manufacturers do not necessarily charge less for lower doses of a medication.

Amgen’s high-dose injections could be appealing in light of recent clinical data that has shown that keeping LDL very low can better protect against heart attack and stroke in high risk patients. Trial data has shown that both drugs produce greater LDL reductions in higher doses.

“It goes back to the patients we are trying to serve – patients with elevated, very high LDL cholesterol,” said Scott Wasserman, Amgen’s head of cardiovascular and metabolic therapies. “We didn’t feel that a low dose option would serve those patients.”

The FDA is due to decide on approval for Praluent by July 24 and on Repatha by Aug. 27. The agency, which has convened expert panels on June 9 and 10 to review both drugs, could also issue a joint decision.

The two PCSK9 drugs are each expected to generate about $2.5 billion in annual sales by 2020, according to Wall Street estimates compiled by Thomson Reuters Cortellis. Some predict total sales for the class rising to $20 billion by 2026.

In March, new clinical trial data showed that both Repatha and Praluent, combined with statins, reduced LDL levels dramatically, cutting in half the risk for heart attack, stroke, and other major cardiovascular problems. Sanofi/Regeneron and Amgen are conducting larger trials to confirm the benefits of PCSK9 drugs in reducing cardiovascular risks.

Industry experts note that there are many unanswered questions about the market for the drugs, including how widely the FDA will allow them to be used, how aggressively cardiologists will seek to lower LDL and whether other differences between them will emerge from the larger trials that will yield results in 2017.

Some see Sanofi having an advantage purely due to its larger marketing force among heart doctors. Another possible factor in which drug will dominate the market is the success or failure of a lawsuit Amgen has brought against Sanofi and Regeneron for alleged patent infringement.

But in the meantime, with the main merits of the two drugs appearing nearly equal, their comparative dose and price will become much more important differentiators.

Health insurers “are likely to view this as a class, one is the same as the other,” said Les Funtleyder healthcare portfolio manager for ESquared Asset Management, which does not own shares in any of the three drugmakers. “You could have a case where if payers pay, they’ll only pay for one rather than the other.”

Its chief medical officer, Dr. Steve Miller, said in an interview that $10,000 per year for a new cholesterol drug is “an extraordinarily high price.” As many as 15 million Americans are estimated to have high cholesterol that cannot be controlled by statins.

“We are bullish on the health benefits, but they have to bring value,” Miller said, adding that pricing would be a major factor in recommending either Praluent or Repatha for coverage.

Dr Steven Nissen, chairman of the department of cardiovascular medicine at the Cleveland Clinic, said he is most concerned about effectiveness: “What counts is how much you can lower LDL cholesterol,” he said.

But he acknowledges that if the lower dose also had a lower price, “there might be some people who find that appealing,” Nissen said.