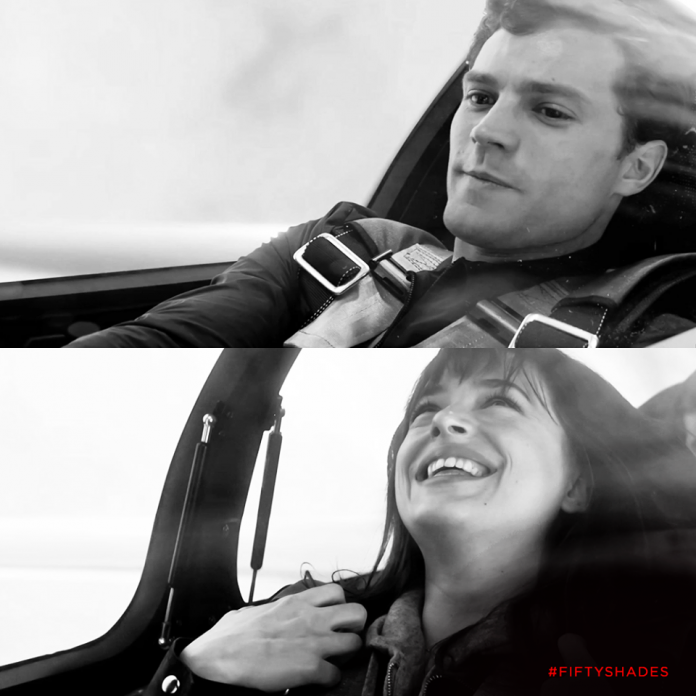 Production for the highly anticipated sequels to the hit adult romance movie series “Fifty Shades of Grey” is currently underway, with photos from the set revealing that the cast have recently filmed Christian Grey (Jamie Dornan) and Anastasia Steele’s (Dakota Johnson) wedding day.

Fans took it to Twitter, to share an image of the lead characters during their big day seemingly after the ceremony as they are caught in a very passionate kiss. Christian wears an all-black tuxedo, while Ana is in her beautiful white gown complete with a veil and bouquet. “She’s becoming Anastasia Grey right now,” the caption read.

Based on the original source novel by E.L. James, Christian’s marriage proposal was brought about by a helicopter crash the billionaire experienced in the second book. Following the near-fatal incident, he had a change of heart regarding his relationship with Ana and seemingly helped him to finally commit and ask her to be his wife.

The second movie “Fifty Shades Darker” is being filmed back-to-back with the last installment “Fifty Shades Freed.” Prior to the release of the said picture, the two stars have also been photographed on one of their bed scenes. Ana lovingly strokes Christian’s face while the latter hugs her.

Meanwhile, while the bulk of shooting is taking place around Canada, the cast and crew are also heading to Seattle, Washington this week to have some scenes at Pioneer Square neighborhood. A notice from the production company MB2 Productions LLC has been released, advising the residents that the team will be in the area on May 21 and 22 from 7 A.M. to 3 P.M. and will return on May 25 and 26 from 9 A.M. to 3 P.M.

Both movies are set to be released in succeeding Valentine’s weekends, with “Fifty Shades Darker” premiering on Feb. 10, 2017 and “Fifty Shades Freed” hitting the big screens on Feb. 9, 2018.