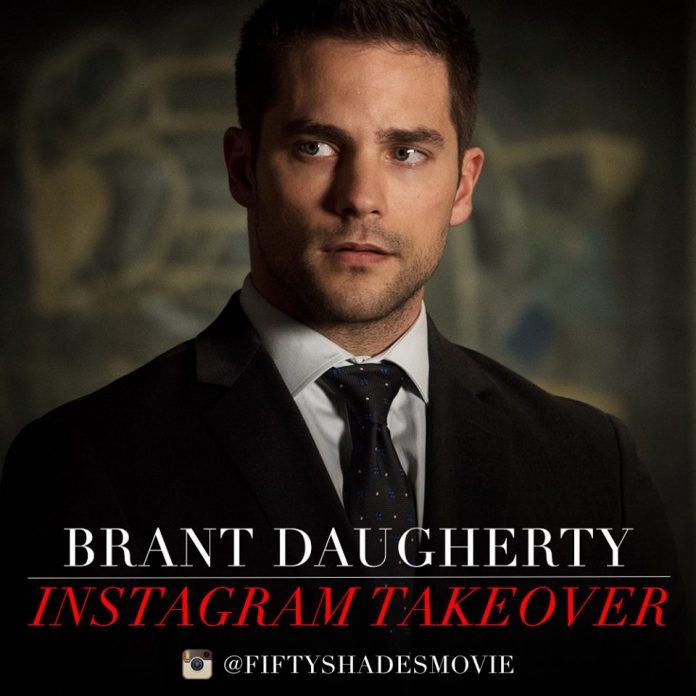 Star Brant Daugherty recently took over the official Instagram of the “Fifty Shades” movie trilogy, giving fans an exclusive look at the ongoing production for the sequel, “Fifty Shades Freed.”

The actor, who is a newcomer to the franchise, will portray the role of Luke Sawyer, one of Christian Grey’s (Jamie Dornan) bodyguards in addition to his personal security guard Jason Taylor (Max Martini).

Although he was first mentioned in the second novel, “Fifty Shades Darker,” he will only appear in the third adapted film to take care of Anastasia Steele (Dakota Johnson). He will be chauffeuring and looking after her while she works in the fictional Seattle Independent Press.

Daugherty posted a series of images from the beginning of his day to his transformation for the part. He captioned one with, “Suited up. Take note: that’s how you tie a tie. Sawyer’s all about precision.” He also shared a photo of the iconic car used in the series, an Audi R8 and described it as, “The Sawyermobile. AKA the car I could barely drive because it’s too high-tech.”

Filming is reportedly almost finished with only a couple more weeks of studio scenes to shoot. It will then be followed by principal photography in Paris next month. Presumably to tease their progress, author and executive producer E.L. James also unveiled behind-the-scenes photos of Christian’s Red Room of Pain.

James also teased that the first trailer for the sequel may be released sometime during the fall but it still depends on the studio, Universal Pictures. When asked by a fan on Twitter about when the teaser may become available, “I think the Fall – but I don’t really know – you’ll need to ask @UniversalPics,” she answered.

The second and third movies are filming back-to-back in Vancouver, Canada.