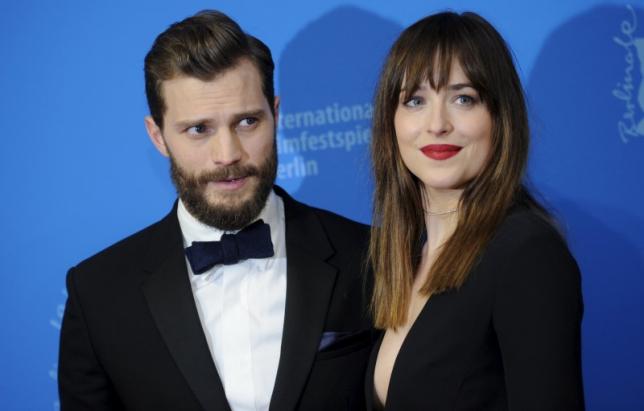 According to Just Jared and other media outlets, Johnson was spotted on Monday, March 14, filming scenes for the sequel on the streets of Vancouver. Brant Daugherty, who was cast as Anastasia’s bodyguard Sawyer, was also spotted on the film’s set.

In “Fifty Shades Darker,” Grey’s ex-lovers will play crucial roles in the story. It has already been confirmed that one of these ex-lovers, the older seductress Elena Lincoln, will be played by Kim Basinger. Another ex, the mentally unstable Leila Williams, will be portrayed by “Pride and Prejudice and Zombies” actress Bella Heathcote.

Also joining the “Fifty Shades Darker” cast are “Hitch” actress Robinne Lee, who will play an executive at Grey Enterprises named Ross Bailey, and “The Last Ship” cast member Fay Masterson, who is set to join the film as Gail Jones. “Teen Wolf” star Tyler Hoechlin is reportedly entering the franchise as Boyce Fox, Anastasia’s colleague, while Eric Johnson of “The Knick” is said to be in negotiations to play the film’s antagonist, Jack Hyde.

Apart from the new faces joining the franchise, there is one more exciting element of the film that fans will surely be looking out for. According to Inquisitr, there is currently a lot of speculation around the report that the film’s producers are offering Dornan a huge amount of money to do a full frontal in the film. This has not been confirmed, however, and fans will just have to wait a bit more to find out if Dornan will indeed bare all in “Fifty Shades Darker.”