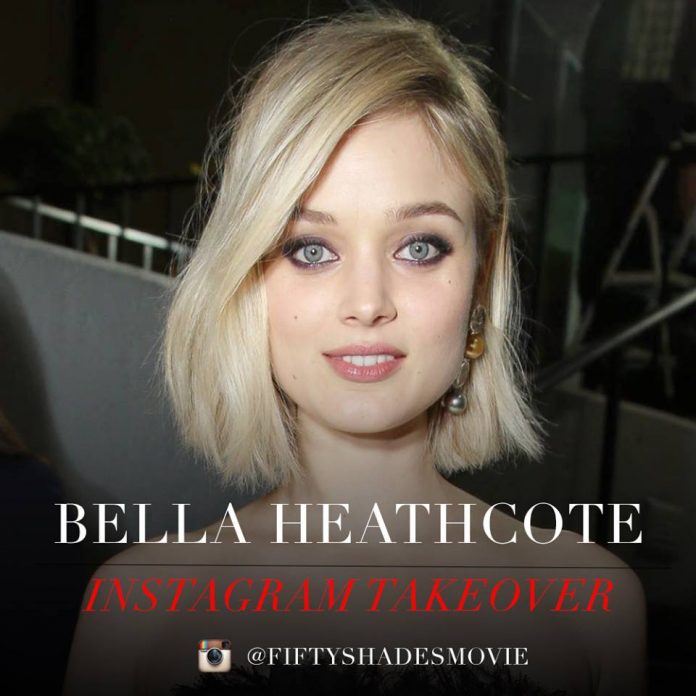 The newcomer to the movie trilogy has taken over the official Instagram account of the film, giving the fans a closer look at the making of the film. She first shared a picture of the trailer with her character Leila’s name on it. Book readers may remember her role as Christian Grey’s (Jamie Dornan) former girlfriend and submissive who went back to town as she deals with a psychological breakdown.

Another image featured the actress transformed into her part as she captioned it with “Leila’s full look. #LeilaWilliams #FiftyShadesDarker” followed by a humorous snap as she revealed, “Doing what I do best- creepin!”

She also posted some of the props they used to recreate Anastasia Steele’s (Dakota Johnson) and home, which Heathcote described to be a “movie magic.”

Heathcote took a photograph of Dornan as well as he was inside of what could be a portable sauna, “Can someone tell us what this thing does? On set with @jamiedornan #hilarious,” she said. She ended the day inside the make-up room and shared, “Saying goodbye to Leila’s extensions (not sad to see them go but sad to say goodbye to Leila – loved playing her!)”

The cast and crew are currently in Vancouver, Canada for the shooting. Reports claim that Rita Ora may have also started filming her scenes as Christian’s younger sister Mia. She took it to Twitter to announce her arrival in the set as she simply said, “Vancouver!!!!” She also sent a Snapchat photo of her preparation for the role with the words that read, “What we Gona do??”

'The Hobbit Extended Edition' of trilogy to release in theaters October

'Five Nights at Freddy's' update: get ready for automatic update this...