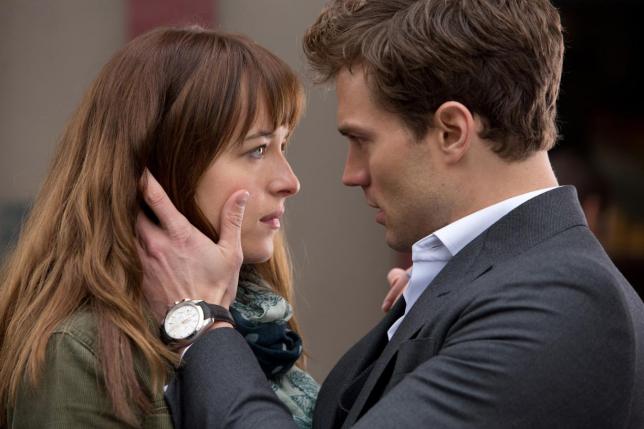 The filming of the “Fifty Shades of Grey” sequel, “Fifty Shades Darker,” had been running smoothly until recently, when a new report emerged that the male lead star, Jamie Dornan allegedly refused to film several nude scenes with female counterpart, Dakota Johnson.

The report came from Celeb Dirty Laundry, claiming that there could actually be huge repercussions on the production of the film due to Dornan’s issues. According to the publication’s anonymous sources, Dornan’s refusal to film the bed scenes with Johnson is attributed to his wife’s disapproval of it. Several previous rumors suggested that Amelia Warner, the real-life wife of Dornan, is seriously having issues with the yet-to-be shot bed scenes.

While Dornan knows that his refusal could go down as good enough reason for the production crew and producers to kick him out, it looks like he’s more than willing to take that risk if the health condition of his wife is taken into consideration. Earlier reports claim that Warner is suffering from postpartum depression. While no official confirmation has been given, it was reported that seeing her husband film intimate scenes with Johnson on the set of “Fifty Shades Darker” had been too much for her to handle.

Another intriguing rumor is that Dornan isn’t keen on doing a full-frontal scene for “Fifty Shades Darker,” even if the film series’ big bosses are looking at giving him outrageous money for it. Well, there’s really no need to decipher the reason for Dornan’s refusal. But to be fair, not everyone in Hollywood, not even desperate upstarts are willing to expose everything they’ve got as a man for a big payday.

Should Dornan decide to call it quits, the biggest question now is who will replace him? Well, before answering, producers and the entire management will still have to figure out if they’re willing to negotiate with Dornan on probably limiting exposure on bed scenes just to get him back on board. The problem is the upcoming film is literally about those scenes.

Five Nights at Freddy's trailer is out; fans can look forward...