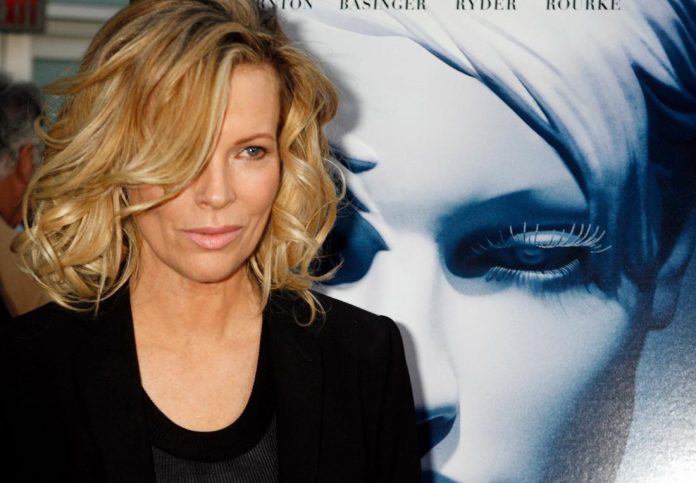 Despite numerous setbacks, it looks like the production of “Fifty Shades Darker” is already finally hitting the road. Late last week, one of the more pivotal roles of the last two movies of the franchise has already been confirmed as veteran actress Kim Basinger joins the cast as Elena Lincoln.

According to Variety, the 62-year-old was confirmed by Universal to play Christian Grey’s (Jamie Dornan) former lover, who was also the person who introduced him to his preferred sexual practices.

Basinger is set to join Dornan and Dakota Johnson, who plays Grey’s love interest Anastasia Grey, in a love triangle of some sorts. In the book, Ana, who calls Elena “Mrs. Robinson” in reference to the movie “The Graduate,” will be arguing constantly with Christian about Elena to the point that they almost broke up.

Meanwhile, fans of the novels are also anticipatingother casting information in the following months. The production has still yet to confirm actors for the role of Leila Christian’s old lover and Jack Hyde Ana’s new boss and old acquaintance of Christian.

The production of the last two movies, “Fifty Shades Darker” and “Fifty Shades Freed” will be done together and shooting is slated to start sometime in spring.

Luke Grimes as Christian’s brother, Elliot, and Eloise Mumford as Ana’s bestfriend Kate will also be reprising their roles, with James Foley taking over directorial work from Sam Taylor-Johnson. Michael De Luca and Dana Brunetti are producing along with James and Marcus Viscidi, while Niall Leonard and James Viscidi are penning the script.

In the upcoming British Vogue magazine where Dakota is the front cover, Don Johnson and Melanie Griffith’s daughter revealed that despite some backlash, she is proud of the work she did in “Fifty Shades of Grey.”

“I’m proud of ‘Fifty Shades of Grey.’ I don’t need to distance myself from that. The more work I do, the more the general public sees the different things I can do. Do I think it opened doors? Yeah. More people know my name,” the actress said.