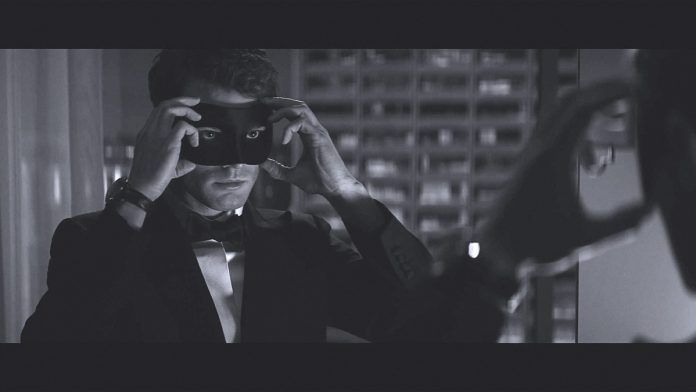 The movie adaptation of E.L. James’s bestselling novel “Fifty Shades Darker’s” production is currently up and running in Canada with its main players as well as new game changers participating to bring the story to the big screen.

“Darker” takes on the second book in the “Fifty Shades” novel series. If the movie will closely follow the books, fans can expect some pretty intense scenes in the movie. These include Ana’s (Dakota Johnson) first meeting with Christian’s (Jamie Dornan) ex-lover, Elena Lincoln (Kim Basinger) also known as Mrs. Robinson as well as adapting to her new job at a publishing house. On top of that, she will also have to deal with Christian’s demons, which will eventually spell differences on their life together.

Meanwhile, new set photos made their way online including Ana and Christian seemingly wearing matching wedding bands. Fans of the books know that the two’s wedding will not happen until book 3, “Fifty Shades Freed,” but since filming for “Darker” and “Freed” are done back-to-back, the production crew may be shooting some scenes for the latter movie. Mirror.co.uk, on the other hand, posed the possibility that the movie will skip slightly ahead compared to the book’s plot, while interejecting new storylines in the third movie to preserve the level of surprise.

Speaking of the set photos, E! News reported that fans may actually have something more to look forward to in the movie compared to its debut iteration, “Fifty Shades of Grey.” The media outlet pointed out that both Johnson and Dornan look more loving and comfortable with each other this time unlike when they first worked together. Despite the blockbuster ticket sales of the movie, it was panned by critics noting that the movie did not live up to the chemistry between Ana and Christian in the book.

“Fifty Shades Darker” will be coming out on Feb. 10, 2017 with the trilogy’s closing movie, “Fifty Shades Freed” hitting theaters a year later.