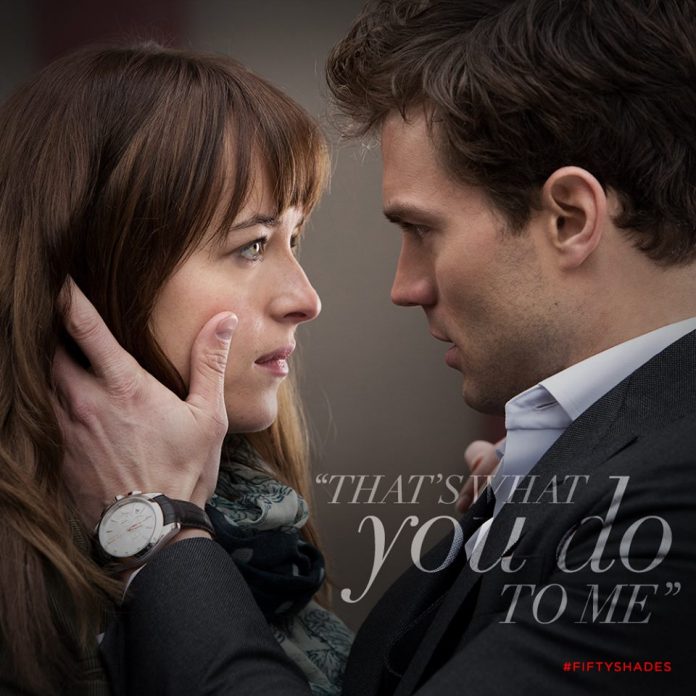 Production of the hit adult romance sequel “Fifty Shades Darker” is currently underway and star Dakota Johnson shares some of her experiences while filming.

Talking to Interview magazine recently, the actress who portrays lead character Anastasia Steele, revealed that she is “over” the Red Room, where co-star Jamie Dornan as the billionaire Christian Grey submits her to all kinds of adventurous actions.

“We’re not having actual sex. But I’ve been simulating sex for seven hours straight right now and I’m over it. It’s not… comfortable. It’s pretty tedious,” she said.

She previously stated that there were some things in the room not seen by the moviegoers when the first film “Fifty Shades of Grey” hit the big screens. “There are some crazy things in there, like certain chairs for certain positions. One of them was this tiny little leather chair that looks like that thing when you go to the gynaecologist and put your feet up. I never saw the Red Room until the scene where you see me see it for the first time in the movie,” she said.

Ora and Mumford were spotted shooting some scenes at a mall in Vancouver this month where the former sports a new hair color for her character. It seems like Mia will be swapping the lighter shade of platinum from her raven one in the first movie, “I’m so happy to be a part of this franchise and this transformation of… imagination of sex,” Ora said to Billboard about her reprisal of the role.

Moreover, Grimes and Kebbel were also seen filming what could be a romantic scene this week while Johnson and Dornan are aboard a yacht at night seemingly dressed fro a fancy dinner for two.

It was also revealed that Hugh Dancy has joined the cast to play the role of Dr. John Flynn, a psychiatrist who Grey begins seeing after his former lover Mrs. Elena “Robinson” Lincoln reappeared and to help him cope up with his relationship issues with Ana.