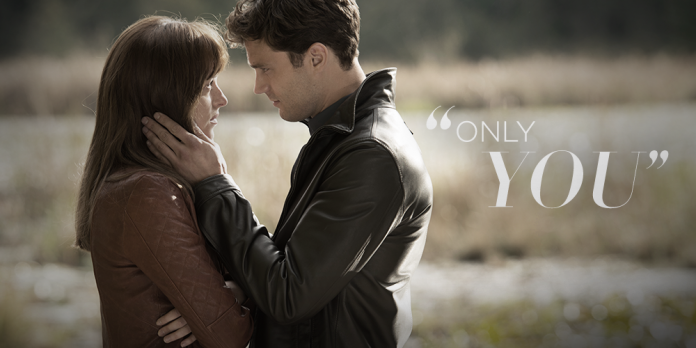 The cast and crew of the upcoming films “Fifty Shades Darker” and “Fifty Shades Freed” are racing against time to finish production, and everyone’s into their tail as filming resumed in France a couple of days back. It was a sultry and sexy affair as the lead stars Dakota Johnson and Jamie Dornan flaunted their bodies under the sun.

It’s been this way for everyone involved in the production and the back-to-back filming of the scenes of the two films are proof enough that both are already confirmed for a future release date. And in France, Anastasia Steele (Johnson) and Christian Grey (Jamie Dornan) are celebrating their honeymoon after tying the knot.

The Daily Mail reports that Johnson, while wearing a tiny yellow bikini, even went as far as removing her top, although it wasn’t clear if it was intended for a particular scene in filming. What is obvious though is that both actors have been quite religious in keeping their bodies in perfect shape in order to keep up with the standards of a film franchise that centers on human sexuality.

Photos from the same report also revealed a hot scene by the pool where Dornan’s character, Christian, was joined by Johnson’s Anastasia. Both eventually removed their tops and the crew started filming, with Dornan doing a massage on Johnson’s back. The chemistry between the two is undeniable, and eventually was carried over in another scene where they got on a jet ski for a ride on the beach.