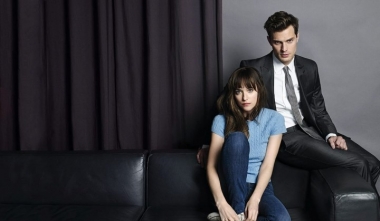 Fans can safely breathe a sigh of relief as the “Fifty Shades Darker” film is confirmed to be back on track after speculations of the delay in production.

Both Dornan and Johnson have previously stated that they are not against filming more extremely steamy scenes for the sequel.

The film was previously plagued with rumors that Dornan was backing out from the second installment in the “Fifty Shades” franchise. However, in a recent interview with People, the Northern Irish actor seemed to be very excited on reprising his role.

“I’m looking forward to embodying Christian again and getting a chance to show more of him,” he told the magazine.

Johnson has also expressed her confidence in playing the role and filming intimate scenes, telling Elle magazine, “I don’t have any problem doing anything. The secret is I have no shame.”

Since the first film’s director, Sam Taylor-Johnson, will not be returning for the sequel, “Fifty Shades Darker” is going to be directed by James Foley, who is known for his other works such as “House of Cards” and “Glengarry Glen Ross.”

The “Fifty Shades” films are all based on novels written by E.L. James. The script will be penned by James’ husband, Niall Leonard.

Other notable actors and actresses like Max Martini, Rita Ora, Eloise Mumford, Luke Grimes and Victor Rasuk have confirmed to be joining the cast of the sequel.

Venture Capital Post reports that production for “Fifty Shades Darker” starts in early 2016. The film is set to hit theatres on Feb. 10, 2017.

'Daredevil' season 3 release date rumors: Delayed due to 'The Defenders'

'Cars 3' news: Cruz Ramirez and Jack Storm to enter the...