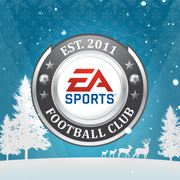 When “FIFA 16” entered the video gaming market last September, it brought a good number of gamers into the digital football arena; thus, developer EA Sports is expected to release yet another version of the video game this year. And while it has packed the current “FIFA 16” with lots of new features, there is always room for improvement for the much anticipated “FIFA 17.”

Some enthusiasts have a lot of enhancements in mind that they hope they will be seeing in the next “FIFA” upgrade. According to Bleacher Report, video gamers request some improvements in the upcoming football simulator.

They reckon a press conference would be a good option after each match in addition to offering insights into decisions and results made by each team. This will give gamer the ability to view live scores and match points.

An option to control players is also desired, and penalties and disciplinary measures for their indiscretions are things the traditional coach would love to have as an option in “FIFA 17.”

Also, a pitch and stadium upgrade is one of the greatest enhancements “FIFA” players undoubtedly wish to experience. The stadium that would be utilized in the 2022 World Cup in Qatar is preferable for gamers and footballers alike.

There are already team captains and coaches, but an agent sounds more convenient for the supportive gamer. Thus, some “FIFA” players recommend a digital Jorge Mendes for team negotiations.

In “FIFA 17,” another feature sought by enthusiasts is controlling injuries. This requires the option to make a decision on whether to treat an injured player during crucial points in a game or to decide that it is just a fake injury.

EA Sports, a subsidiary of Electronic Arts that creates and develops sports video games, reportedly addresses the concerns of online gamers and “FIFA” enthusiasts, and has promised its fans that a better football gaming experience will be open for its supporters this 2016. According to FIFA 17 News, EA has hired ideologists and gamers alike to detect bugs and glitches in “FIFA 16” so as to avoid facing the same problems in the future “FIFA 17” video game.

In an interview with FoxBusiness, Michael Pachter, a video game, social media, digital media, and electronics analyst with Wedbush Securities, said that “FIFA” is very significant to EA Sports.

With that, fans are expecting an even better “FIFA” game this year.