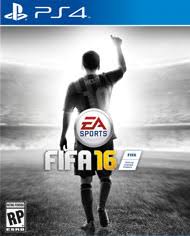 The game is on again!

The two leading football video games will clash once more, with the upcoming FIFA 16 (EA Sports) and Pro Evolution Soccer 2016 (Konami) set to make its way to ever-waiting players later this year.

Both offer new features and boast of great improvements. But who will kick-off, and who will be no fortunate enough to make a goal? Let’s take a closer look on these two competing titles.

Without a doubt, FIFA beats Pro Evo Soccer by a mile when it comes to rosters of players. FIFA owns the video game licensethe Bundesliga, English Premier League, American Major League Soccer, and most soccer leagues in Spain, France, Italy, Asia, and other countries around the world.

Pro Evo Soccer, meanwhile, have awkwardif not funnynames for their leagues and championships. The possibly only notable major league the game has is the Champions League.

There is no update as to new teams/leagues that will come to Pro Evo Soccer 2016, however for FIFA 16, this instalment marks the debut of the Women’s National Team, where, for the first time in the game’s history, female players are now available to play.

New Features for the new game

“Live the Past, Play the Future”

FIFA 16features, for the first time in franchise history, players form the Womens National Teams. Teams available to play are from Germany, USA, France, Sweden, England, Brazil, Canada, Australia, Spain, China, and Mexico. However, fantasy matchups of Mens National Teams versus Womens National Teams are not possible since the ladies can only be pitted against their fellow female players.

Pro Evo Soccer 2016, meanwhile, has a lot of improvement in gameplay set for the latest instalment. A new system called Enhanced Collision System will be introduced where the different situations have major influence how a player’s collision pans out. The response time in the control of players has also improved, meaning players can pull of all those nice moves and skill sets faster and with better timing. Players now have control over player goal celebrations, toolike taking a selfie with a smartphone after a successful goal.