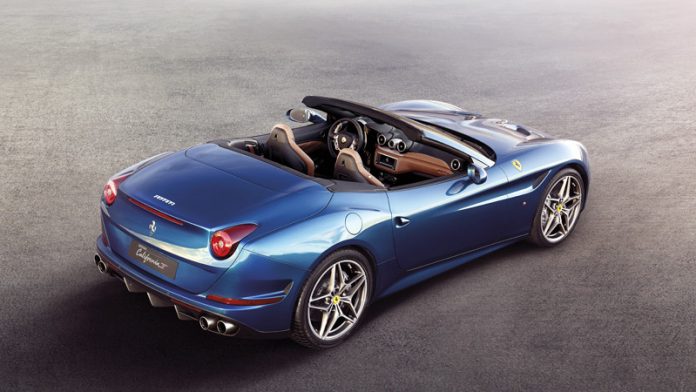 Ferrari is bringing something new to the California T by introducing the Handling Speciale package or HS.

According to a report from Australian, the car manufacturer will unveil the new option for its entry level California T hardtop convertible at the Geneva Motor Show in March. However, the additional feature will entail an additional cost of $15,750 to the already $409,888 price tag of the convertible.

But what does the HS package entail?

According to a report by Forbes, the feature has incorporated to the vehicle calibration tweaks and changes that include stiffer springing, magneto-rheological dampers tuned to boost body roll, dive, and pitch. This also results in a speedier shift action in Sport mode.

Adjustments to the Ferrari’s F1-Trac logic dynamic software results in improved acceleration, while shift logic for dual-clutch transmission has also been improved for gear change response.

The HS package also boasts of a redesigned exhaust system that increases the note with increased engine speed, for a richer soundtrack.

Early reviews for the entry level convertible have been mostly positive so the addition of the HS package could further add to its positive performance feedback.

“There’s a lot to like about the California T. It’s got the power, the look, the Ferrari heritage, and the conveniences of a loaded-out interior with a power-folding hard top. It also boasts a very competitive 0-to-62 mph time and a top speed of 196 mph… After all, it serves as a gateway into higher-spec Ferraris,” Top Speed car reviewer Mark McNabb said in his post.