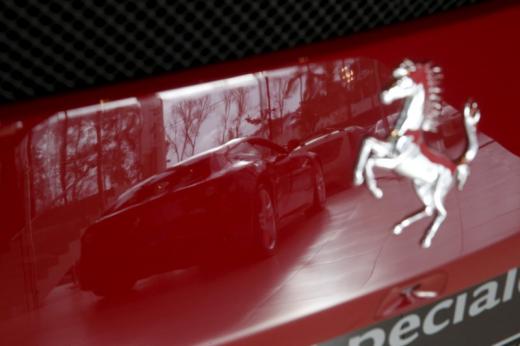 Ferrari has upped its game with the unveiling of the Handling Special package for the Ferrari California T that has made its recent debut during the 2016 Geneva Motor Show.

According to Car Scoops, it was originally previewed in January and designed for owners who are said to appreciate the top-end vehicle’s versatility and GT prowess.

The package includes several features for the consumers to enjoy such as faster gear changes for the Sport mode, new exhaust system, 16 percent stiffer springs at the front and 19 percent at the rear, modified adaptive darters, and revised F-1 trac for better controls and grip of twin-turbo torque in case the driving conditions are not optimal and exiting corners on uneven road surfaces. The ground clearance, on the other hand, is unchanged.

The gear shit logic now provides faster up-shifts and down-shifts in both automatic and manual modes. The difference is said to be emphasized by a new strategy for the SCM3 dampers that increases speed of the response and make them more efficient.

On the outside, the automaker revealed a two-tone livery with Rosso Corsa Met bodywork and Nero Stellato roof which is complimented with black interior and carbon fiber materials. The front also comes with a new front grille in grey-finished, a rear diffuser in the same color and accentuated with matte black vertical elements.

Under the hood, even if the gearbox has been tweaked, the numbers stay the same. The twin-turbo 3.9-liter V8 still offers 553-horsepower and 557 pound-feet of torque which result to the same great performance of 0 to 62 mph in just 3.6 seconds and a maximum velocity of 196mph or 315.5 kph.

It remains to be seen when Ferrari will roll out the Handling Speciale package for the owners of California T model.