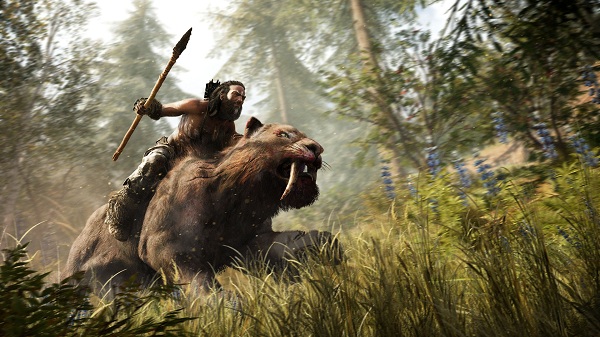 Market research firm NPD Group has released its list for February 2016’s top 10 best-selling games in the United States. The report accounts for new physical games sold at U.S. retailers only, providing an insightful albeit limited view of the market.

Publisher Ubisoft emerged victorious over Activision as the latest entry to the “Far Cry” series, “Far Cry Primal,” takes first place and pushes “Call of Duty: Black Ops III” to the no. 2 spot. “Black Ops III” previously held on to the top since it launched in November 2015. “Far Cry Primal” also took the no. 1 spot in the UK, according to Chart-Track.

NPD Group analyst Liam Callahan said “Far Cry Primal” has greater sales than “Far Cry 4” “when adjusted for the number of days the games sold within their respective launch months.” According to Metro, Callahan’s statement suggests the sales were in the same ballpark as the mainline series. This also means Ubisoft closed its fiscal 2016 with an influx of cash, a trend which is expected to continue with the launch of “Tom Clancy’s The Division.”

Another title that was pushed off the charts is Electronic Arts’ “Star Wars Battlefront,” as noted by Venture Beat. Other than that, February 2016 marks the return of past blockbusters. In addition to “Black Ops III,” the top 10 list includes oldies but goodies “Grand Theft Auto V” and “Minecraft.”

Bandai Namco’s “Naruto Shippuden: Ultimate Ninja Storm 4” is a new release that takes the no. 4 spot. The title is also the top-selling game on Sony’s PlayStation 4. Another fighting game, “Street Fighter V,” launched last month as a PS4 exclusive and ranked no. 7 on the list. “Fire Emblem Fates: Birthright” is another title that did well.

Despite the number of blockbuster game releases though, last month’s sales figures did not match last year’s spending. The NPD Group noted a 10 percent decrease in sales of physical games at U.S. retailers from $338.9 million in February 2015 to $303.9 million in February 2016. The decline is attributed to Xbox 360 and PS3 sales dropping by 52 percent.

As can be seen below, Sony’s PS4 continues to dominate sales in majority of the titles in the top 10. However, “Black Ops III” sold better on Microsoft’s Xbox One than the PS4.

Here’s the complete list of February 2016’s top 10 best-selling physical games in the U.S. (platforms in parenthesis corresponds to sales):