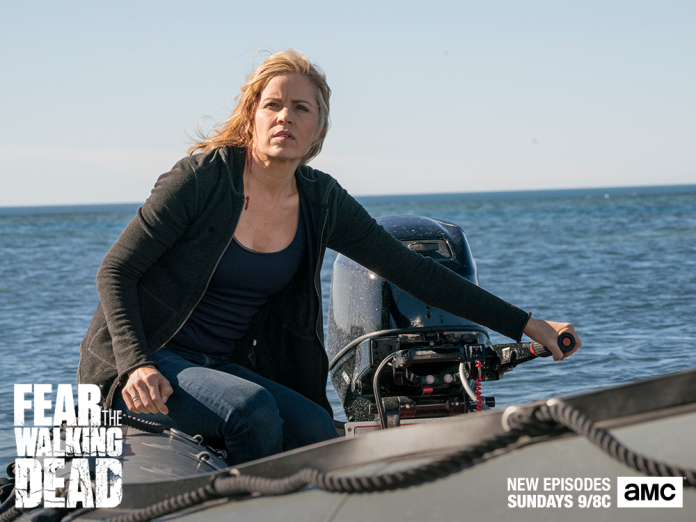 Madison (Kim Dickens) and the rest of the group will finally learn about the motivations behind Victor Strand’s (Colman Domingo) actions in the upcoming episode of AMC’s “Fear the Walking Dead” season 2.

Titled “Blood in the Streets,” episode 4 will have Strand dealing with more survivors as their group decides to rescue a family they stumbled upon. Viewers may remember from last episode “Ouroboros” that the owner of the yacht seems to be uncompromising to take on new people on board as he untied the raft carrying Alex and Jake, who were first introduced in companion mini-series “Fear the Walking Dead: Flight 342.”

Although Madison seems to begin trusting Strand as he revealed his plan to go to Baja, Mexico, Travis (Cliff Curtis) thinks there may not even be a safe house and believes he is still suspicious. The sneak peek hints that others will try to take control of the ship while Nick (Frank Dillane) ventures on his own to search for Strand’s former associate.

As the team discover more about Strand’s past which may explain his unreasonable behavior, the latter will find himself separating from them. It remains to be seen if he will lose control of his own yacht.

Meanwhile, Nick also learned that covering himself with zombie blood and guts would help him get away from the undead as they do not attack those who smelled like them. Showrunner Dave Erickson teased that he would likely apply the knowledge in future circumstances, “I think what that’s going to become for him is… it’s a tool.”

“I think it’s something as a tool that [has] used a few times in the comic and on the original show [‘The Walking Dead,’ and it’s tool that I think we’ll see our characters, specifically Nick, use again now that he’s knows that it’s sort of a zombie-free pass,” he added.

'The Flash' season 2 news: Kevin Smith to direct an episode;...