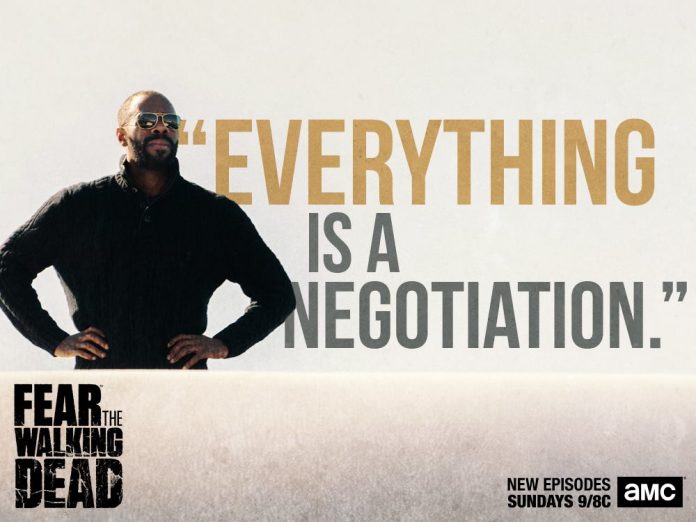 AMC’s post-apocalyptic series “Fear the Walking Dead” is taking a short break after the upcoming mid-season finale, which will feature a different Victor Strand (Colman Domingo) after the death of his beloved.

In last week’s episode, Strand found out that his lover Thomas Abigail, who he named his yacht after, had been bitten by a walker. With the latter’s conditions worsening, Strand decided to shoot Thomas in the head to prevent him from turning into a zombie.

Talking to Watch with Mashable, Domingo shared that he believes his character’s decision to not fulfill the promise with Thomas that they will die together is not a betrayal but an act of mercy. “I think it’s a selfless act, really,” he said. A move which may direct Strand on his way going forward, “I think he’s at a crossroads. I think we’re going to find out a lot about that in the next episode,” he added.

Domingo also teased that with their world changing, viewers will wonder what may happen to the other people in the series. In a separate interview with Inverse, he hinted that a couple big surprises can be expected, “People will draw a line from where characters were in season 1 to the end of the mid-season finale and say, ‘Wow, that is a huge transition,’ every single one of the characters.”

As the safe house may be compromised, he also thinks that it is possible for their group to go back to Abigail. Domingo revealed that the characters will continuously try to re-navigate where they are in the world as their moral compasses are shifting quickly.

“Everyone’s just trying to figure out which way. I think as the show progresses, it does have rawness and the richness of people having desperation and not knowing what is the true north,” he concluded.