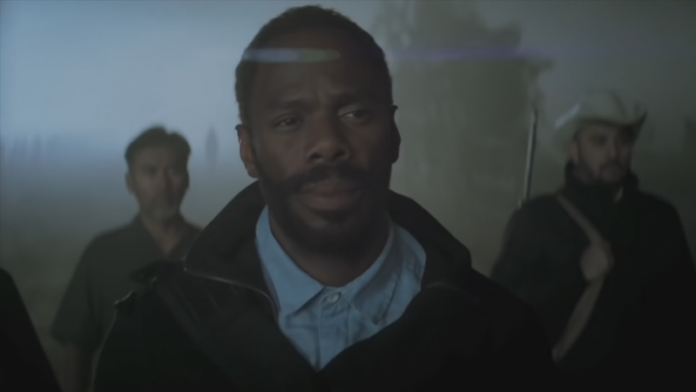 The events in the “Fear The Walking Dead” second season storyline are set for some major twists and turns as Colman Domingo talked about what his character Victor Strand might face in “The Walking Dead” spinoff’s mid-season finale.

Domingo recently had an interview with Mashable, and said that he believed Strand is “at a crossroads” because of his actions, and which path he will take might be revealed in the next episode. Titled “Shiva,” the episode will detail the possible ramifications of Strand’s actions.

When the previous episode ended, the main characters finally reached Mexico and arrived at Strand’s intended destination. Things finally seemed to be taking a turn for the better, but the episode’s events indicated a turn for the worse might be more likely.

The episode’s title, “Sircut Cervus,” is Latin for “like deer.” Some believe the title’s intended meaning is a reference to Psalms 42, the first verse of which is written in Latin as “Sicut cervus desiderat ad fontes aquarum, ita desiderat anima mea ad te Deus.”

In English, the passage can be translated as “As the deer pants for streams of water, so my soul pants for you, my God.” If the relation is true, then the passage’s meaning reflects the main group’s desire to finally reach sanctuary from the walker apocalypse.

Unfortunately, that sanctuary is facing some real issues thanks to Strand reneging on a promise he made with his lover Thomas Abigail (Dougray Scott). Upon reaching Abigail’s estate, Strand finally reunited with Thomas only to find out that he was bitten.

With Thomas sick and dying, Strand promised that they will be together in death and planned to commit suicide. Unfortunately, Strand turned back on his plans when the time came. Even worse, he shot Thomas in the head to prevent him from turning into a walker.

Strand’s actions went against the estate’s new de facto leader Celia Flores (Marlene Forte), who believes walkers are merely “changed” and should not be killed. Spoilers provided by TV Geek Talk indicate that Celia will get angry at Strand for shooting Thomas, accusing the former of lying and betraying the latter.

But according to Domingo, Strand’s action was out of concern for Thomas and was intended for the best. The actor said that Strand might have just “said anything to close the deal.”

“I think it’s a selfless act, really,” said the Domingo.