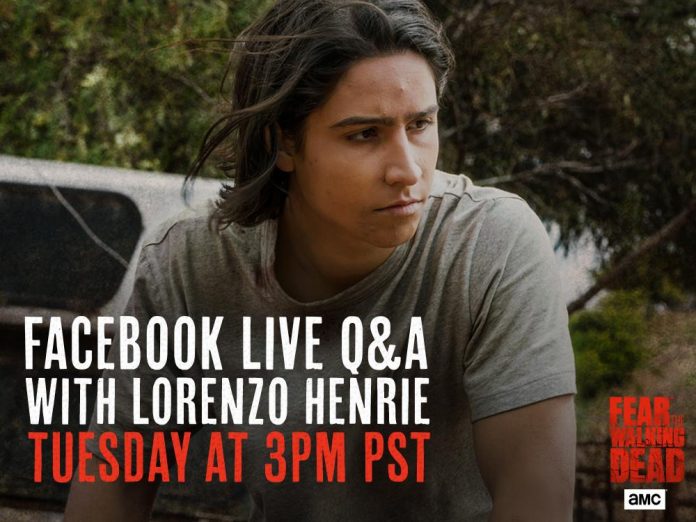 With the sophomore season of AMC’s post-apocalyptic series “Fear the Walking Dead” wrapping up its run with a major cliffhanger, talks about the third installment are starting to gain traction in the rumor mill.

While the network has yet to confirm the schedule of the show, some fans predict that season 3 will hit the small screen sometime in April 2017, similar to previous releases.

When it comes to the narrative, the two-hour finale revealed that Chris (Lorenzo James Henrie) was actually killed by two Americans. It turned out that they met a car crash, leaving Chris injured and a liability to the group. When Travis (Cliff Curtis) found out about what they did to his son, he decided to take revenge and shoot them in return. However, he accidentally killed Oscar (Andres Londono) in the process.

Oscar’s brother attempted to avenge the death forcing Travis to flee in the night alongside Alicia (Alycia Debnam-Carey) and Madison (Kim Dickens). Strand (Colman Domingo) did not go with them. They ultimately ended up at the Colonia and spotted a possible refugee camp. Their hopes of reaching a safe location were quickly upturned when border patrol started shooting at them.

Moving forward, it is predicted that the story will probably go back to American soil after the group spent time on the water and in Mexico. Viewers can also expect to witness a big change in Travis as he suffers from losing his son, especially after he promised Liza (Elizabeth Rodriguez) he would protect him no matter what happened.

In an interview with Entertainment Weekly, showrunner Dave Erickson shared that after being the moral compass of the group, Travis will be “fully apocalyptic now.”

“It was a long time coming… The apocalypse has taken his son, and it’s about to take him as well. So, he’s absolutely broken, and we’ve seen a level of violence with him that we have not witnessed before. And it’s not something that he’s going to bounce back from,” he explained.

Moreover, Erickson teased that Madison will also become colder and far more calculating, while fans will once again see the old Strand who was a con artist. There will also be new characters making their debut including the people who captured Ofelia (Mercedes Mason). On the other hand, Daniel (Rubn Blades) could also potentially return.

“For us, Daniel is still in the world, and it’s important that the characters think he’s gone, but there’s always a chance that he might reemerge,” he concluded.