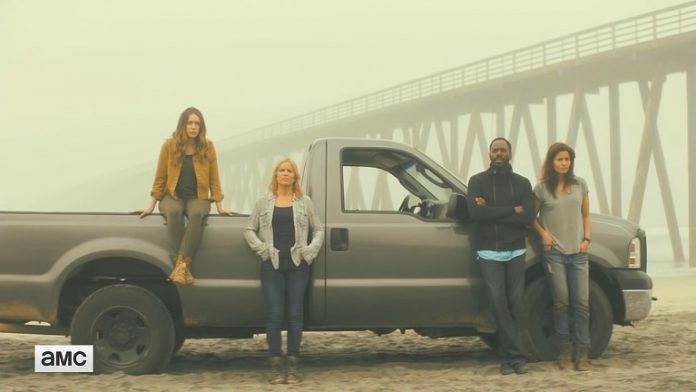 When the spinoff series returns for its second half later this month, each subgroup will be faced with a variety of external complications and each person forced to face his own emotional issues as the reality of the post-apocalyptic world finally sinks in and the struggle for survival becomes an even more pressing priority.

“Now that the world has expanded, we can tell greater stories. We can explore different communities,” executive producer Gale Anne Hurd said in the latest promo video released by AMC.

Colman Domingo, who plays Victor Strand, views the group’s separation as a chance for the characters to finally find out who they are and learn to cope with the dramatic changes in their lives. His character will be facing his own inner demons as he struggles to come to terms with the death of his partner.

Frank Dillane’s character, Nick Clark, is on a solitary quest to find like-minded people who share his empathetic view of the undead, like the late Celia did, and meets a group of survivors who seem to fit the bill. He may also be hooking up with a potential love interest along the way.

Loving father Travis Manawa (Cliff Curtis) has decided to completely isolate himself and his son from the group after Chris (Lorenzo James Henrie) has become a danger to himself and to others around him, alive and undead alike.

Meanwhile, Kim Dickens’ Madison Clark will not be going out on her own to find Nick, but will keep on hoping and struggling to build a place she can call home for when her son finally returns to them. While her daughter Alicia (Alycia Debnam-Carey) rallies for a little alone time, Ofelia Salazar (Mercedes Mason) gradually descends into a “practically suicidal” state over losing everything and everyone she has.

Being on shore means more opportunities to meet new people. This also means more unexpected complications may arise, forcing the characters to resort to more violent measures to survive. As Hurd put it, “Some rise to the occasion,” Hurd says, adding, “and some fail.”