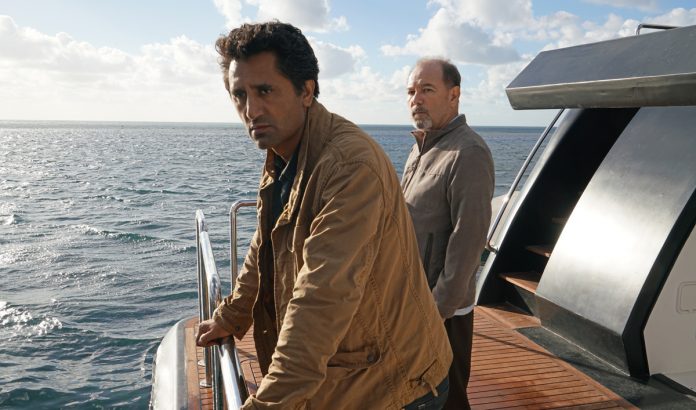 With the survivors out at sea, things promise to get even more exciting as “Fear the Walking Dead” released its second teaser for its sophomore season.

According to a report by IBTimes, the 15-second trailer titled “No Safe Harbor” featured the group after they docked, protected only by flimsy partition against a horde of walkers coming their way.

The group includes Travis (Cliff Curtis), Madison (Kim Dickens), Daniel (Ruben Blades) and the rest of the survivors who were aboard Victor Strand’s (Colman Domingo) yacht.

The clip implied that the walkers can travel at sea as well as on land as more and more troop to the group’s location. It also implied that walkers are only deterred by the ocean but do not die or drown in the vast body of water.

This is contrary to the survivors’ belief that the zombies cannot swim, and they will be safer on water.

The danger was confirmed by Dave Erikson, “Fear the Walking Dead” co-creator, who said in an Entertainment Weekly interview that the group will encounter a “bunch of sea-bound refugees” in the upcoming season.

“And much in the same way that we have taken steps to survive and compromised our morals to do so, we’re going to have to deal with some people who have very similar objectives, and the default setting for most of these people is not going to be, let’s all live in harmony and try to build a new community,” Erikson said.

He also teased that there will be even more of a threat aside from the zombies as there will also be villains who will emerge in the upcoming season.

The second season of “Fear the Walking Dead” will return to AMC on April 10.