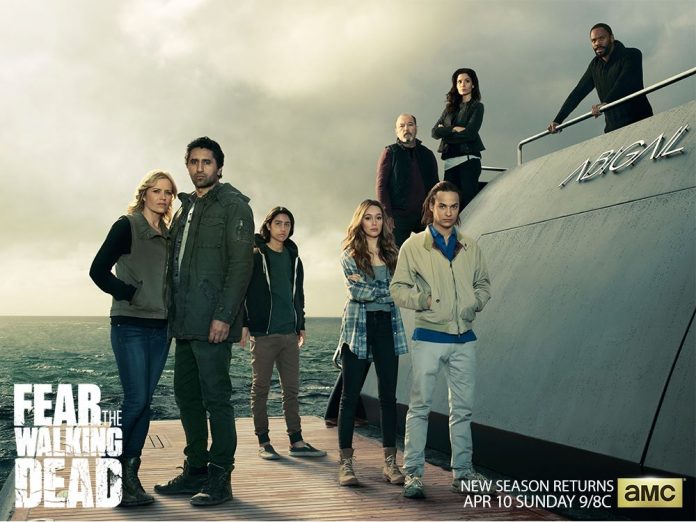 Season 2 of “Fear the Walking Dead” just returned to the small screen on Sunday, with a dip in its ratings but the highest number of viewers.

In the figures shared by TV by the Numbers, it noted 6.674 million viewers, which clearly dominates the rest of the television shows on Sunday, as the rest only fell around 1 to 2 million viewers. However, fans may not be very pleased with the premiere episode, as its ratings dipped to its all-time low score of 3.1 in the 18 to 49 age range, as compared to the premiere of season 1 at 4.9.

Nonetheless, quite a number of fans are still very pleased about the first episode, as they express how intense it was in the official Twitter page of the spinoff. The show also continues to tease fans about the dangers looming ahead of the survivors as the story unfolds.

In the season premiere episode titled “Monster,” the families boarded Victor Strand’s (Domingo Colman) yacht as they escaped from the burning Los Angeles. However, Strand’s character remains mysterious, making the rest of the survivors cautious. As teased prior to the season’s premiere, the dangers in the sea were immediately evident.

Meanwhile, for the upcoming episode titled “We All Fall Down,” the official synopsis posted on TV.com reads, “The group seeks shelter with a survivalist family; and Madison tries to uncover the family’s true motives. Meanwhile, Salazar works to discover Strand’s intentions.”

In the promotional trailer for episode 2, it shows Daniel (Ruben Blades) keeping a close eye on Victor, while asking some small questions that seem innocent. Later on, Victor will let slip that he may not be the real owner of the yacht. What could be his intentions?