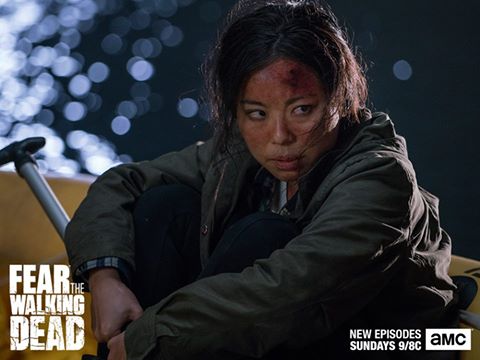 After the dramatic episode that left Alex at sea, fans are wondering if they will be able to see the “Flight 462” star once again.

The spin-off mini series titled “Flight 462” made its way to an episode of the “Fear The Walking Dead” after a shocking crash. Coincidently, the character of the mini series, Alex, played by Michelle Ang, ran into Madison and her companions.

It seemed like a hopeful outlook for the character when the group decided to attach her life boat to the yacht Abigail. However, things took a sour turn when Strand, played by Colman Domingo, cut the rope and left her stranded.

Though the character was not seen in the most recent episode of “Fear The Walking Dead,” fans are still waiting to see the return of Alex. With that, Ang spoke to Digital Spy about her character’s fate.

While she did not reveal if her character will survive, she explained that if she did, her character will be left with a challenging perspective. She explained, “I don’t think she’s going to forget what Strand did – we’ve seen her act fiercely towards people who aren’t in alignment with her, or who aren’t willing to protect what she wants to protect. But she is also a survivor and Strand has a lot of resources, so it’ll be interesting to see whether diplomacy is in order to get to those resources.”

With a mysterious future for her character, the actress did share some interesting details about Alex’s backstory. She explained that her character is suffering from PTSD due to an event that she encountered previously.

She said, “She clearly knows a lot about this whole outbreak, maybe more so than anyone that we’ve seen to date. Because on ‘Flight 462,’ she knew to go for the head to get rid of the zombie…”