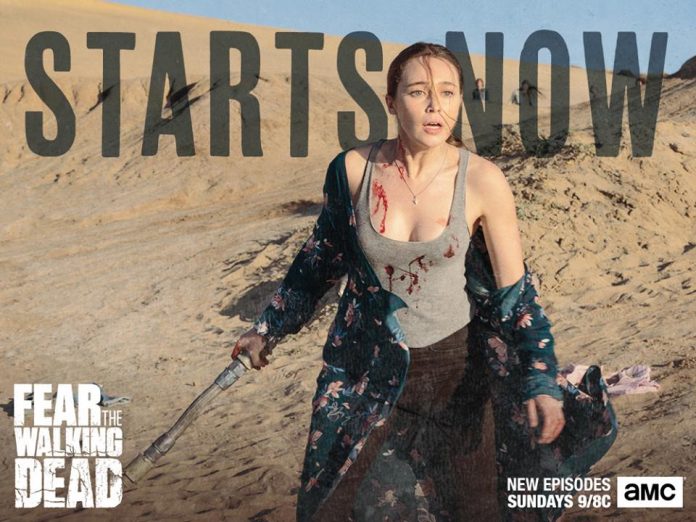 One of the stars of “Fear The Walking Dead” shared some details about some potential romances in the upcoming episodes.

The previous episode of “Fear The Walking Dead” season 2 hinted the possible romance between Ofelia, played by Mercedes Mason, and Nick, played by Frank Dillane. However, a recent interview with Mason, revealed that Ofelia could actually be romantically linked to another character.

According to Entertainment Weekly, Mason hinted that they previously filmed scenes that show the romantic connection between her character and Alicia, played by Alycia Debnam-Carey as well as Nick. She said, “There have been some scenes cut with Alicia and Ofelia which, I don’t know if it wise time-wise or they changed the idea of where the story was going, but some of those scenes were released so I think the fans were like, ‘Oh my God, look at the chemistry between the two.’ And now with Nick as well.”

While she did not share much detail about who she will end up with, she expressed her sentiment on being in a relationship with Alicia. She explained that she feels as though Alicia is too young for her, so their relationship will be more like a sisterly bond.

However, she did say that she does not mind it if her character ends up with an older woman. She said, “For me as an actress, that would be amazing. It would really color what she was doing there and what that says about her character. Because then that’s not a crush anymore it’s a very manipulative concept, which I think is super cool.”

In the meantime, fans will just have to wait and see if her character will continue developing feelings for either Nick or Alicia.

“Fear The Walking Dead” season 2 episode 4 titled “Blood In The Streets” will air on AMC this May 1 at 9 P.M. EDT.