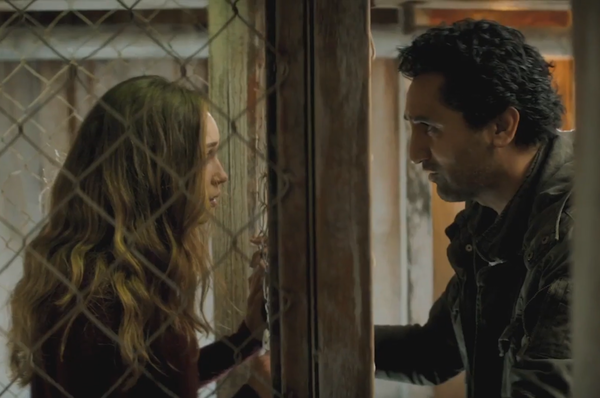 Tensions are high and tight in the upcoming fifth episode of season 2 of “Fear the Walking Dead,” with two of the main characters captured by pirates.

Titled “Captive,” the episode will pick up right where episode 4 “Blood in the Streets” left off. When viewers last saw the Clark, Manawa, and Salazar families, they were happily debating their prospects while sunning themselves aboard Victor Strand’s (Colman Domingo) yacht.

Unfortunately, Madison (Kim Dickens) and Travis’ (Cliff Curtis) constant bickering about Strand’s deeper nature were interrupted by the arrival of pirates. Under the guise of an emergency sea pregnancy, pirates boarded the ship and took over the yacht. It turned out that Jack (Daniel Zovatto), the person Alicia (Alycia Debnam-Carey) was speaking with over the radio, was among the pirates. Jack was actually using his conversations with Alicia to get to her group.

The pirate’s leader Connor (Mark Kelly) arrived and took Alicia and Travis away for various reasons. Alicia was taken for Jack and Travis was taken for his mechanical knowhow of the yacht. Connor left his brother, Reed (Jesse McCartney), to oversee the yacht hostages, only for them to be saved by the arrival of Nick (Frank Dillane) and Luis (Arturo Del Puerto).

According to the trailer released for “Captive,” Travis and Alicia have been separated from the main group. Reed, who has become the hostage of the group at the yacht, warned his captors that assuredly “Connor will come looking for” him.

With the group torn apart, Madison and Daniel (Ruben Blades) will plan an attack to rescue Alicia and Travis from Connor and his pirates. However, new guy Luis wants no part of the plan, assuming the captives to be dead already. Yet it seems Alicia is not completely helpless as the trailer implies that she has a chance to escape on her own.

On their end, the people at the yacht are still unable to come to any agreement. Strand still seems hell bent on getting to Mexico, as he is shown in the trailer to be working out a deal with Luis for something. Meanwhile, all the rest of the passengers appear to be engaging in what seems like gun training, setting “Captive” up as an action-filled episode.

As the fifth out of the 15 episodes for “Fear the Walking Dead” season 2, “Captive” marks a third of the season as over and could function as the “end of the beginning” for the show and allow it to move on to higher stakes conflict.