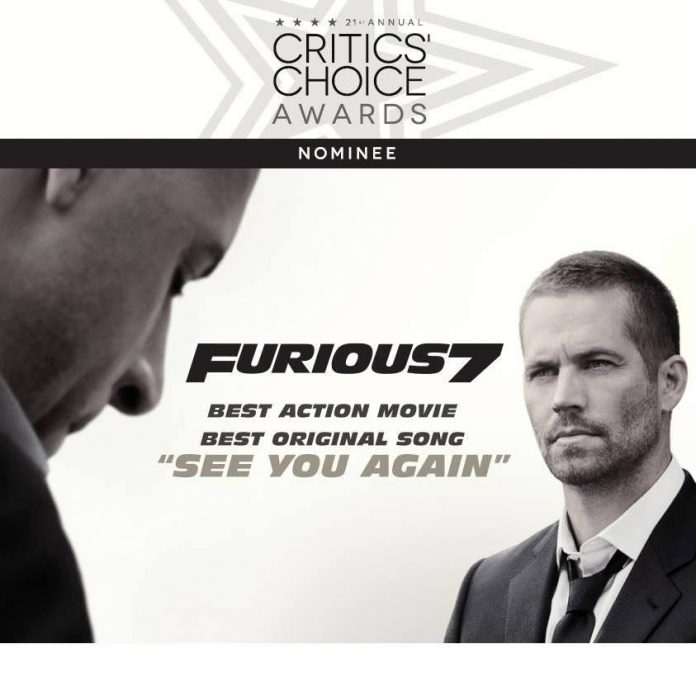 Rumors have it that late star Paul Walker may be represented in the highly anticipated, “Fast and Furious 8.”

According to Xpos, NBC Universal Vice-chairman Ron Meyer reportedly stated that viewers may expect that the actor will still somehow be part of the upcoming movie.

Asked if the actor’s character Brian O’Conner will be in it, “Paul won’t be in it, but he’ll be represented in some form or another, but whether his image is in it, I can’t tell you yet, but he won’t be in the film as a performer, as an actor, the way we did it last time,” Meyer replied.

The 40-year-old actor died in an unfortunate car crash in Santa Clarita, California back in 2013. They were filming “Fast and Furious 7” at the time, and the parts he was not been able to finish were shot using CGI with younger brother Cody Walker playing as his body double.

Meyer further shared that ‘FF8’ will be similar to the other films that did not include the fan favorite character, “It will still be ‘Fast and Furious,’ it will just be without Paul.”

Meanwhile, Vin Diesel who plays the gang’s leader, Dominic Toretto, teased that the fans will see a darker narrative with “Straight Outta Compton” director Gary Grey taking the helm. “We have a director who is going to bring the darkness out and bring out the character.”

As the moviegoers wait for the film to hit the big screens which is scheduled on April 14, 2017, they may first tune in to the upcoming award-giving bodies with ‘FF7’ receiving multiple nominations in different categories.

It is in the running for “Outstanding Action Performance by a Stunt Ensemble in a Motion Picture” in Screen Actor Guild Awards and “Best Action Movie” for Critics’ Choice Awards.

The original soundtrack “See You Again” has also been nominated for “Best Original Song” in Critics’ Choice Awards and Golden Globe, and several Grammy nominations including “Song of the Year,” “Best Pop Duo/Group Performance” and “Best Song Written for Visual Media.”