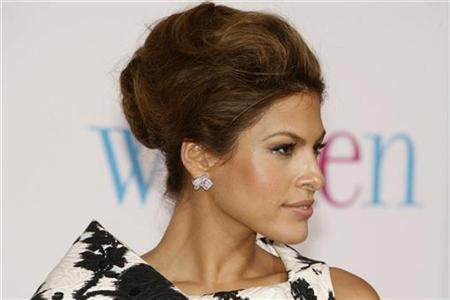 Fans and Furious fans will definitely look forward to some great things with the 8th title in the franchise.

Not only is a main villain returning to lock horns with Dominic Toretto and the rest of the team, a second villain is allegedly set to make a debut in the next Fast and Furious film. Also, after one actor left the cast, an alumnus is reportedly also returning to reprise their role from the past movies.

According to Classicalite, Eva Mendes will reportedly be returning to the Fast and Furious franchise as Monica Fuentes, a role she has not played since 2003’s 2 Fast 2 Furious. While previous reports say that Mendes was only rumored to join the cast of the eighth film, media outlet We Got This Covered claimed that the actress’ involvement could be considered a done deal.

Fuentes was an undercover customs agent who was also the love interest of Toretto, played by Vin Diesel, in the 2003 entry in the franchise.

The International Business Times surmised that Fuentes could drive a wedge into the relationship between Toretto and Letty (Michelle Rodriguez).

Rumors also say that British actress Helen Mirren could be in for a villain role in Fast and Furious 8, after Diesel’s positive response to her public campaign to be cast in the next movie, an article at Yibada said.

The actor had told Access Hollywood that it would be great to have Mirren into the Fast and Furious family.

“Of course I would [want her cast in Fast 8]! Who wouldn’t? “It’s Helen. Amazing…Tell her I said so,” Diesel enthusiastically said.

The Inquisitr also reported that “Orange Is The New Black” actress Ruby Rose is in negotiations to join Fast and Furious 8, allegedly in a role related to Agent Luke Hobbs, played by Dwayne Johnson.

Fast and Furious 8 will be released on theaters on April 14, 2017, US Magazine reported.

'The Flash' season 2 news: Aaron Douglas cast as The Turtle

'How to Get Away with Murder' season 3 spoilers: Conrad Ricamora...