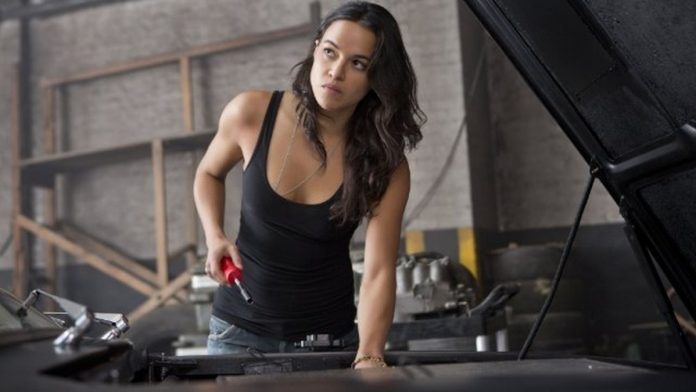 Rodriguez stepped early into the world of fast cars ahead of the release of “Fast 8” as she zips through a closed Nevada highway taking the Jaguar F-TYPE SVR to a thrilling 201 mph ride. The video of the test drive was released by Jaguar USA on their official Youtube Account and has so far already garnered 139,000 plus views.

In the clip, Rodriguez took the beast at a roaring speed on a deserted highway and while her character Letty in the “Fast and Furious” franchise is arguably a nifty driver, she needed to be accompanied by a professional to ensure safety at all times during the run. Movie News Guide further revealed the exact location of the dry run which happened to be at Highway 318 in Nevada.

While Nevada may be a good place to show off the impressive thrilling car chase and driving skills that the franchise has been known for, stunt and action scenes are puportedly going to be filmed in the Midwestern region at Cleveland, Ohio. As previously reported, the second unit of the production is expected to be in The Forest City and shoot some sequences presumably to portray the streets of New York where the main setting of the movie will be.

As of now, the plot points of the movie are still being heavily guarded, but rumor has it that on top of the existing characters from “Fast and Furious 7,” Lucas Black is slated to be back on the franchise to reprise his role as Sean Boswell. However, instead of a short appearance like in the seventh installment of the movie franchise, Blackwell will supposedly play a bigger role this time. Yibada’s report claimed that the actor had signed a contract with the movie, therefore backing up speculations.

Over the last few months, casting rumors have been popping up from Helen Mirren to Justin Bieber joining the long running film franchise. Furthermore, the production is also said to be in talks with South African actress Charlize Theron to play the next villain in the movie.