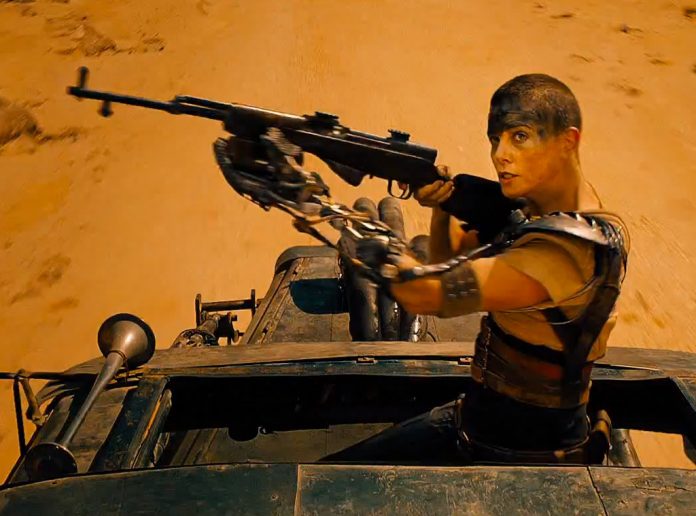 Charlize Theron will be bringing in the road and rage in the upcoming eighth installment of the “Fast and Furious” franchise.

For a couple of months now, rumor has it that the Academy Award Winning Actress would be joining the long running movie series, and Theron finally acknowledged that she is on board the project.

“I have been very kindly invited to the family,” Theron told MTV’s Josh Horowitz in the backstage in the 2016 MTV Movie Awards. “I’m going to try and mess that s*** up.”

The actress took home the award for the Best Performance category in the awards show for her stint in “Mad Max: Fury Road” as Furiosa.

Interestingly, “Fast 8” will be helmed by “Straight Outta Compton” director F. Gary Gray who was also the one who directed the automobile centric heist film “The Italian Job,” which Theron was also a part of.

Reddit unearthed a commentary in the 2003 film which saw Theron’s impressive abilities behind the wheel, with Gray even calling her the best driver among the bunch of other cast members including Mark Wahlberg and Jason Statham.

For Theron’s part, she did not want to have any special arrangements different from her co-stars.

“I remember my agent calling me and saying, ‘They want to customize a car for you so that it’s automatic.’ I was like, ‘What is this, like, when you’re a girl, everybody just automatically thinks you drive like crap?’ And by the way, they want you to do two weeks’ extra driving school, separate from the guys. And I was like: I’ll kick their butts,” the 40-year-old aggressively said in the commentary for the movie.

“Fast 8” will also be a reunion project for Theron and Statham who was also in “The Italian Job.” Fans know that in “Fast and Furious 7,” the British actor played the lead villain role, Ian Shaw, and while the description of Theron’s character has not yet been released, it is interesting to see what her connection is with Shaw.

The franchise is not lacking of any female driving pros with series veteran Michelle Rodriguez (Letty), Jordana Brewster (Mia), and formerly Gal Gadot (Giselle). But this is the first time that a lady will take on the opposite side wreaking havoc to Dominic’s (Vin Diesel) team.