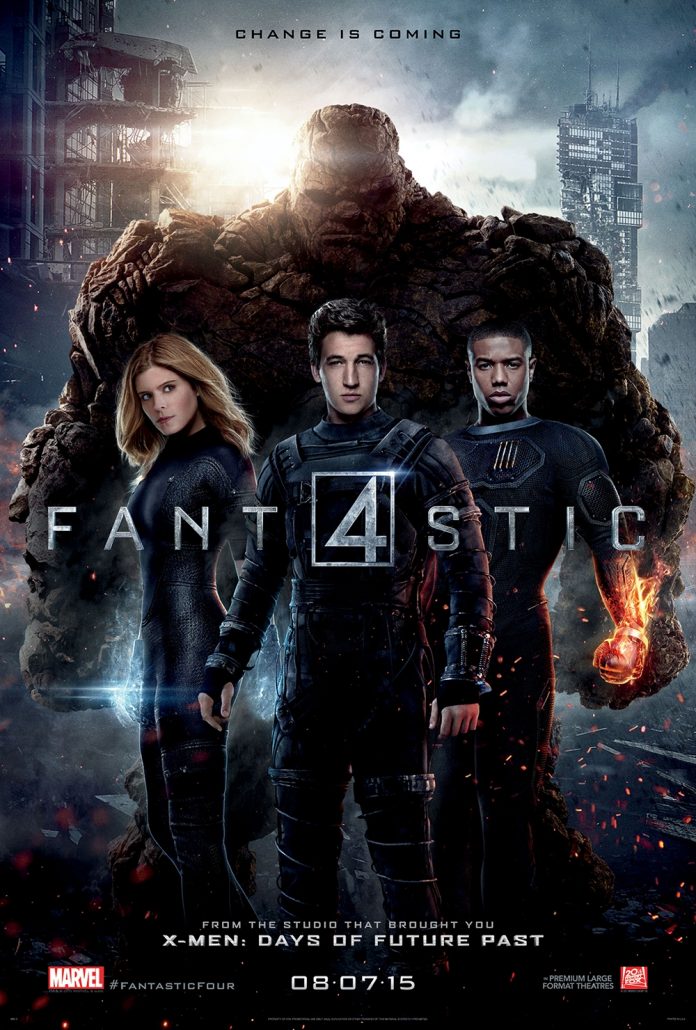 After showing the Fantastic Four reboot trailer at the San Diego Comic Con Hall H, Fox has officially released the final trailer of the new movie which is stylistically different from the 2004 release starring Ioan Gruffudd, Jessica Alba, Chris Evans and Michael Chiklis.

The trailer, which features a younger cast headlined by Miles Teller (The Spectacular Now, Divergent), Kate Mara (Entourage, House of Cards), Jamie Bell (Nymphomaniac, Snowpiercer) and Michael B. Jordan (Chronicle, Fruitvale Station), is seen revisiting the origins of their powers.

The trailer also features Doctor Doom, considered as the arch enemy of the Fantastic Four. The villain will be played by Toby Kebbell, a role previously handled by Julian McMahon in the original movie.

It may come as a surprise that instead of sticking with the original name Victor von Doom, Kebbell will be playing the character of Victor Domashev, an anti-social programmer who uses the name Doom on the blog.

“He’s led by ego. Reed Richards may be a little bit better than him, so he wants to destroy him,” he told Collider.

“I’ve loved The Fantastic Four since I was a kid. After we made Chronicle, I wanted to tackle the same subject again in a different way. I wanted to explore a side of these characters we haven’t seen before,” director Josh Trank said.

Writer Simon Kinberg said that the team was gunning for “a more grounded, dramatic and character driven story that is more than science fiction.”

Meanwhile, in an interview with MTV, Jamie Bell, who plays The Thing, he delivered the disappointing news that there will be no postcredits scene for the movie, as opposed to current trends for superhero films nowadays.

“No we don’t have a post-credits scene. It does leave the door wide open for a lot of different movies. I think this movie really focuses on the origins of each character individually how they get their powers, how they learn to deal with them, how they learn to harness them. That’s kind of where the movie ends. But then there’s so much more to go on from there it really leaves the door open,” he said.