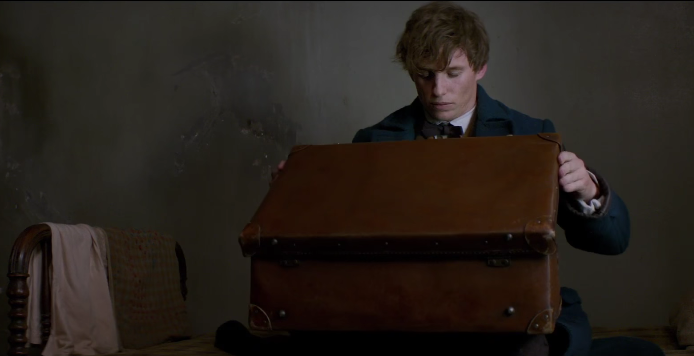 “Fantastic Beasts and Where to Find Them” may still have nine months before it hits theaters, but “Harry Potter” fans will surely be excited to know that a new featurette was released this weekend.

A different approach to the magical world greets the fans in the three-minute preview. The movie is set in 1920s America and centers on the Newt Scamander’s adventure, which commences after dangerous creatures escape from his magically expanded briefcase.

The movie seems to be a small reunion for Rowling, David Yates, and David Heyman. In the preview, producer Heyman, who had been signed on for “Harry Potter” since the first movie, comments that Rowling had created a magical universe that could easily transport viewers to the 1920s. On th other hand, director Yates, who went on to direct the last four movies of the “Harry Potter” series, says that it is an exciting experience to be working so closely with Rowling as she had written the script.

The film serves as a screenplay debut for author J.K. Rowling. Last December, she shared her excitement on her Twitter and thanked fans for supporting the trailer.

Meanwhile, Eddie Redmayne, who stars as lead character Newt Scamander, remarks that the film is unlike anything he has ever been a part of.

On a related note, according to InsidetheMagic.Net, prop designer for “Fantastic Beasts” Pierre Bohanna revealed that Scamander’s wand is comprised of lime wood, shell, and bone. Meanwhile, Pottermore, the official website of Rowling’s wizarding world, revealed that there are 11 other wizarding schools around the world located in remote places.

“Fantastic Beasts and Where to Find Them” is schedule to hit theaters on Nov. 18.