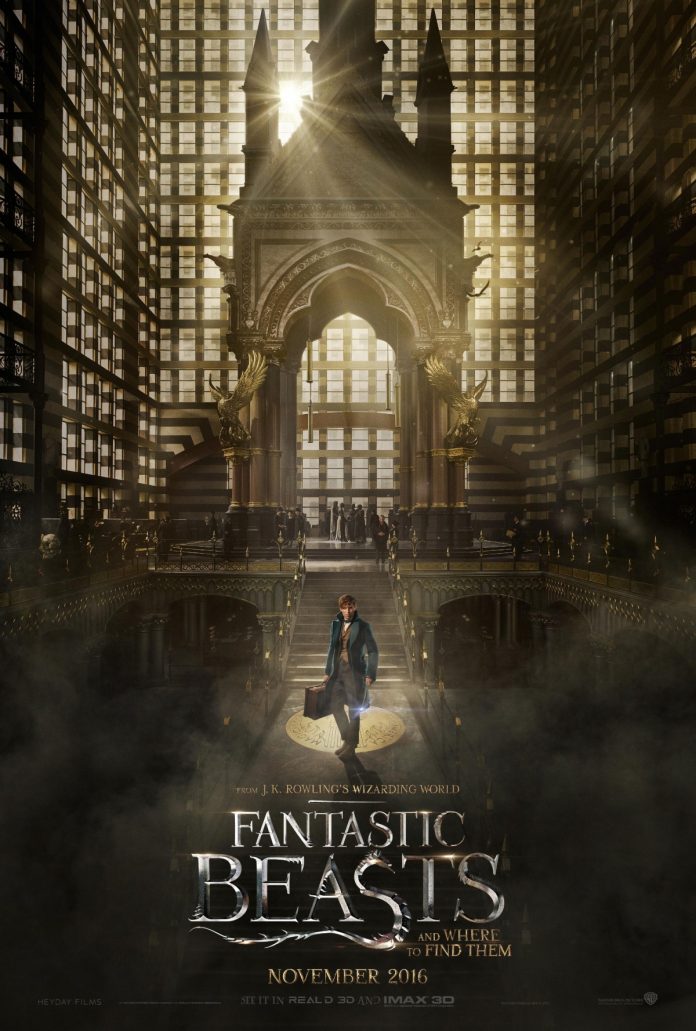 Fans of the “Harry Potter” franchise are undoubtedly looking forward to that day this November when another magical movie from author J.K. Rowling’s wizarding world will be released. To stoke their excitement even more, Warner Bros. released last month the first trailer and official poster of the upcoming film “Fantastic Beasts and Where to Find Them.”

A preview was earlier unveiled by Entertainment Weekly revealing the much-anticipated plot of the film. The upcoming British-American fantasy movie is set in the year 1926 in New York City. Magizoologist Newt Scamander, who possesses a magical suitcase that holds and houses a number of magical beings, ventures into the city. During his journey, he apparently realizes that there is this fear of wizards being exposed to non-magic humans. An unusual adventure unfolds as the bag begins to open, liberating mythical monsters in a non-believing realm.

David Heyman, the producer of the blockbuster “Harry Potter” series, is producing the film, while Rowling supplies the screenplay. And since the story is set in the U.S., Rowling opted to alter some famous “Harry Potter” lexicon. For instance, American wizards call muggles “No-Maj.”

Meanwhile, Oscar-winning actor Eddie Redmayne is thrilled that he portrays Scamander, the future author of the Hogwarts textbook.

He told EW back in September, “Like many people, I read those books, I watched those films, and became completely intoxicated by J.K. Rowling’s world. The idea of getting to tiptoe into it felt truly exciting. I hope it’s going to be quite a ride.”

“Fantastic Beasts and Where to Find Them” is set for a worldwide debut in IMAX and 3D theaters on Nov. 18.

'Pillars of Eternity – The White March II' news: DLC to...

Xbox Live Gold membership rumors: 'Hand of Fate' may be a...