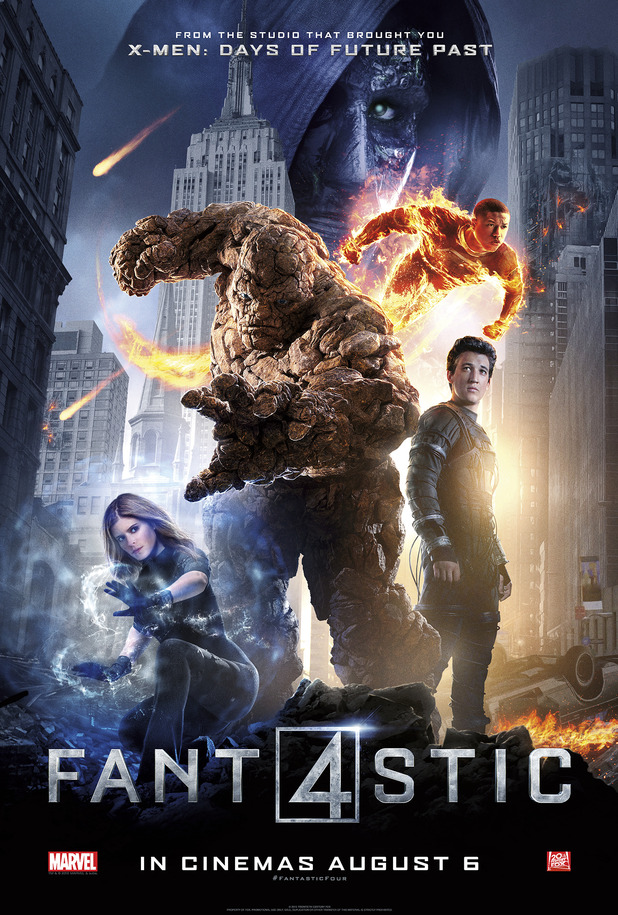 With Marvel’s entry and 20th Century Fox’s reboot of superhero franchise, Fantastic Four, coming to theaters on August 6 in United Kingdom and August 7 in United States, the studio is making more preparations and upping the film’s presence before the premiere.

Variety reported that the film lands on the third spot on the list of movies backed with most TV advertising dollars. The trailer has been shown across 45 networks throughout 1,161 national airings as it is reportedly backed by $5.83 million. It is mostly aired on Disney XD and Cartoon Network.

Based on the trailer, the team was transported to a different universe and when they came back, their bodies were altered to support their superpowers. The government has seen their transformation as a combined weapon to save the Earth from threats and destruction posed by Doctor Doom, portrayed by Toby Kebbel.

Meanwhile, “Ant-Man” director Peyton Reed has recently revealed that he was originally the director for the franchise but he and Fox had a falling out due to creative decision making.

“I was a huge Marvel fan when I was a kid and knew Fantastic Four inside out and felt they were always the crown jewel of Marvel. So I went in and got [hired for] the movie and I developed it for the better part of a year with three different sets of writers. But it became clear after a while that Fox had a very different movie in mind and they were also chasing a release date… so we ended up parting company. I felt like I couldn’t make the movie I wanted to make in that environment. Fox at that time had a very specific idea; they wanted to pitch it much younger than I wanted to and I always felt like they were treating those characters like B-level characters,” Yahoo reports.