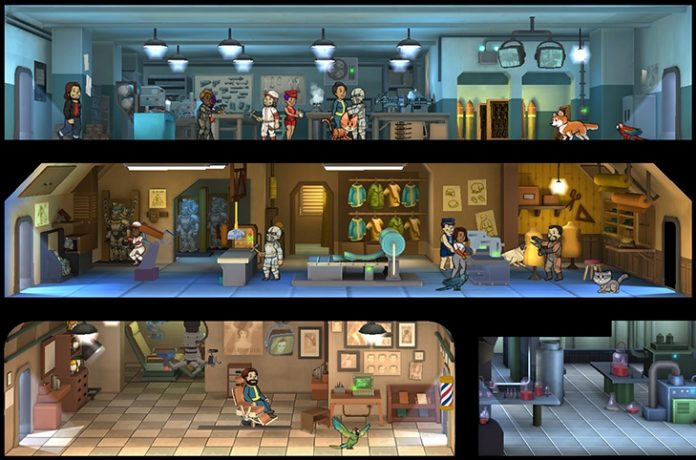 Bethesda Game Studios announced Update 1.4 on Monday, Feb. 29, calling it its “biggest update yet.” Among the highlights include the addition of crafting, a day-and-night cycle tweak, and a new room type. These changes bring the game closer to its console counterpart, according to Engadget.

Here are the updates coming to the underground community of “Fallout Shelter.”

Players will be able to look at their junk with a whole new perspective as Bethesda introduces the ability to craft. Players will soon be able to turn seemingly worthless junk into useful items in the brand-new Weapon and Armor crafting rooms that will also be added with “Fallout Shelter” Update 1.4.

Perhaps to encourage players to craft, the developer is also adding junk as a bonus fifth card in lunchboxes. Players can also get junk from the wasteland.

The new update will be introducing parrots in the game. It will also add new dogs and cats as well as give players new pet bonuses.

The upcoming update will also be introducing barbershops to the game. Barbershops allow players to customize how each dweller looks.

Speaking of customizations, “Fallout Shelter” Update 1.4 will add new outfits and weapons to lunchboxes. Players can also craft these customizations themselves.

Bethesda is also trying to make the vault look more authentic. The latest update is expected to reflect the time of day properly.

Update 1.4 is the first update for “Fallout Shelter” in 2016, with the latest update of the game rolling out way back in December 2015. Bethesda has teased this is only the beginning of many more updates coming in future.