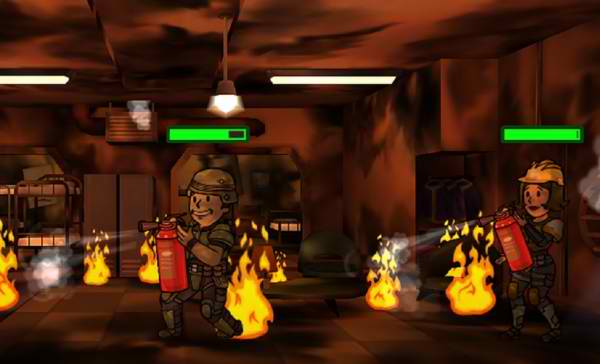 This is because the game will be rolling out for the platform in just a couple of weeks. Not only that, the company will also update the game with new features as well.

According to Digital Trends, Fallout Shelter’s Director, Tony Howard, revealed at QuakeCon that the company will finally be rolling Fallout Shelter out for Android devices on August 13th. On that date, gamers can check on Google Play and find the Android version there ready to be downloaded.

The report also revealed that gamers can expect support for the game from the company for a considerable amount of time. This is due to the exceptional response Bethesda has received from the gaming community after it was announced on E3 2015 and released afterwards.

“This is something we did on the side, and we were blown away by the response,” the director said.

PC Advisor revealed some of the updates that players can look forward to when the Android version of Fallout Shelter is released. According to the article, a new assistant will be introduced with the new version. Named Mr. Handy, he will collect resources both inside the Vault and the wasteland. He will also be able to defend the Vault from external threats.

There will also be new threats to be introduced, like the Molerat and Deathclaw.

The updates will roll out in both iOS and Android, Digital Trends added.

Fallout Shelter was first developed as a marketing tool for the upcoming Fallout 4 game from Bethesda. The game is a resource management and tower defense game that allows players to create a Vault to shelter people from the effects of the nuclear catastrophe outside, which is a focal point in Fallout 4’s story.

According to Tech Times, the results of a SuperData Research showed that the game pulled in $1.5 million in in-game purchases in just two weeks after its release in iOS