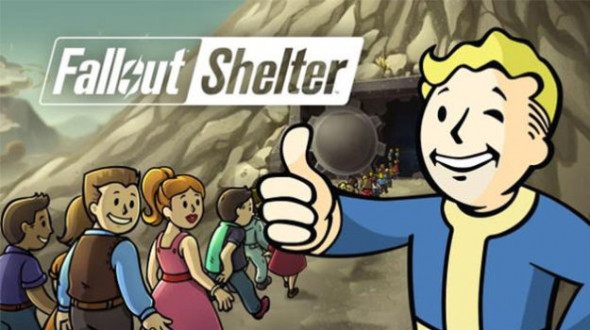 Fallout Shelter is the free-to-play mobile game from Bethesda Softworks that was recently unveiled during their E3 presentation. The game is now available for free download for iOS devices, with a release date coming soon for Android devices.

For those who are new to the game and don’t know where to begin, here are a few tips to ensure the best Fallout Shelter adventure.

The main goal of the game is for players to build and manage their own Vault while keeping the residents called Dwellers happy and productive. To start with, it is better to build two rooms of the same type beside each other. Doing this will make them merge, and offer better efficiency. Moreover, upgrading merged rooms is less of a hassle, as they are upgraded as one, contrary to upgrading each room (when they separated) individually. Just keep in mind, though, that only rooms of the same level can be merged together, so planning ahead would help a lot in better room efficiency.

Sort Dwellers according to specialty

Residents who are called Dwellers, have their own set of special stats: Strength, Perception, Endurance, Charisma, Intelligence, Agility, and Luck. Check these stats before dwellers in a room, as their performance will greatly depend on their stats. For example, someone with high Charisma will work best in a radio station.

As the game progresses, players will experience raids on their Vault. Every successful raid serves as a dire hit in the population and overall progress of the Vault. To prevent such incidents, it is better to upgrade the Vault’s door health. It may be pricey at the cost of 500 caps, but it will make the Vault stronger and more impregnable. Sufficiently equipped Dwellers placed to take on raiders upon entrance are also one effective way to prevent a successful raid.

Increasing population is easy. Just put Dwellers of the opposite sex in the same room and after a while, they will produce a baby. However, careless family planning may result in an uncontrolled baby boom in the Vault, which could rapidly drain precious resources and lead to the total downfall of the Vault.

The game offers regular objectives, or sort of a mini-mission that players need to accomplish in exchange for caps and lunchboxes. Do not forsake these tasks as they are very easy and require almost no effort, and this can be a great way to start saving up on resources for the game.