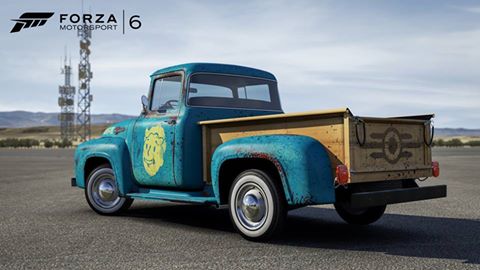 The highly anticipated next installment for Bethesda’s franchise, “Fallout 4” has upped the promotion of the game for the upcoming launch in November 10.

An official sneak peek has previously been released on its Facebook page with the caption that reads, “Before wandering the wasteland on November 10, watch the world of ?#?Fallout4 come to life in this live-action trailer. Welcome Home.”

More details are being revealed as the big day approaches when it comes to gameplay.

According to the latest issue of Game’s Informer via Gamespot, Fallout 4 has used Bungie’s “Destiny” as a reference point for its shooter mechanics, especially since both run at 30 frames-per-second rate.

“The main difference in the way we develop [and other studios] is that we will develop with as many knobs as possible. We’re always thinking of scale. We’re not a team that is just going to make eight guns and spend forever on one gun. We knew we were going to have thousands, so we needed to develop a gun system that had all of the dials,” Fallout 4’s director Todd Howards explained.

Helping them create the firearms are Josh Hamrick who left Bungie to work on Bethesda and Doom and Rage developer id software.

Meanwhile, Bethesda also announced recently that they are partnering with Turn 10 Studios, the maker of “Forza Motorsport 6” to bring a Fallout 4-themed 1956 Ford F100 to players through downloads.

The vehicle is painted in powder blue with a stenciled Vault Boy on the door of the driver’s side. It also has a worn-out look, suggesting that it has spent some time in the wasteland.

Another model promised to be available for a limited time is Chryslus Rocket 69. However, there is no image released yet for the automobile.

Fallout 4 is slated to become available across platforms such as PC, Xbox One and Playstation 4.

Castle Season 8 news: Is it splitsville for Casket? Two new...