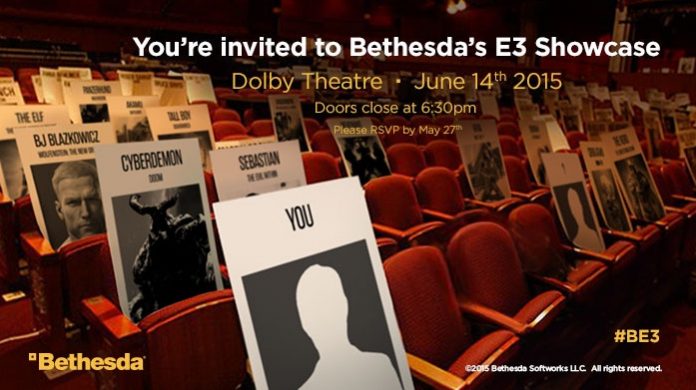 With the Electronic Entertainment Expo (E3) drawing near, Fallout 4 is one of the focuses of all the big talks right now. Since 2008, there have been numbers of rumors surrounding the long overdue full-pledged sequel to the massive hit Fallout 3.While the game is reportedly to be in development in the past few years, developer Bethesda Softworks have not yet released any official news about it.

With Bethesda making their very first appearance on E3 this year, a lot of expectations regarding Fallout4 have been in the air for quite a while now. In a report by Venture Capital post, the gaming company made an announcement through their blog: “We’re hosting our first-ever E3 Showcase in Hollywood, CA on June 14th and we’ve saved some seats just for you, our fans. Feel like a celebrity by attending our most exciting event yet, live and in-person! Keep an eye out – in the coming months we’ll be sharing details on how you can register to attend.”

In the official press invite of Bethesda Softworks for its E3 conference, a number of popular characters from the company’s games are shown in a card seated. Some of them are Wolfenstein’s BJ Blazcowicz, a Cyberdemon from Doom, Sebastian from The Evil Within, some Elder Scrolls Online characters and a Tallboy from Dishonored. But unfortunately, there is not any familiar face from Fallout that can be seen on the invite. However, it is quite noticeable that a blank card with a “?” sign is seated on the front. Could this be a tease for a Fallout 4 update?

While the most common and possibly the first reaction to this blank card is that it is the slot for Fallout, another interpretation for it could be that Fallout characters won’t be seated because they are the ones on stage. Famed gaming insider Tamaki also alleged that a Fallout 4 on E3 is a “100%” certainty. Ron Perlman, one of the game’s voice actors, reportedly hinted about it as he gave a statement with a knowing smirk: “I wish I could give you news on that, but I can’t and I won’t”. In another report, should Bethesda reveal Fallout 4 at E3, it is expected that the game will come out late 2015 to early 2016. Prior to this, news of a game trailer made by director Guillermo del Toro’s studios have been confirmed.

Fallout 4 is deemed to be the most anticipated game for E3 2015.