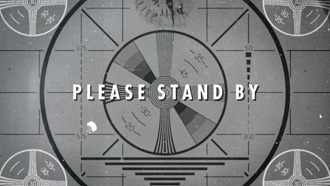 Developer Todd Howards announced the details regarding artificial intelligence interaction during the game’s panel at QuakeCon 2015.

He said that there will be 12 companions but they cannot all be used at the same time. Having a relationship is only possible with a human companion such as between Preston Garvey, the leader of Commonwealth Minutemen faction and Piper who can be found near Diamond City.

According to VG247, this will be the first time that the game features an actual relationship development and not just flirtations found in “Fallout: New Vegas.” The report speculates that having romances regardless of gender may give the players some perks.

There are reportedly 70 perks with a set of ranks that have 275 reiterations that can be gained through continuous exploration and choosing different companions. Even playing the game without a companion reportedly provides a different advantage for the players.

Other companion includes Mr. Handy, the robot assistant, and Dog Meat which has been constructed based on the lead designer’s real dog. The canine is located near the Vault and players can send him to different areas and buildings to find usable loots.

Moreover, Howard revealed that they give more focus on details of the game emphasizing world design including colors to create a realistic feel and highlight important objects, bigger memory in order to track more information, and weather changes.

Techno Buffalo reports that the bomb detonation site called “The Glowing Sea” emits a radiation that can cause storms and the radioactive element may affect the characters as they roam around the world.

Before Fallout 4 hits the market, New Vegas will reportedly get a new mod called “Project Brazil” that allows players to explore the ruins of Los Angeles in the story which takes place in 2260.

Fallout will launch on November 10 and across various platforms on Xbox One, Playstation 4 and PC.

19 Kids and Counting news: Jill and Derrick depart for international...